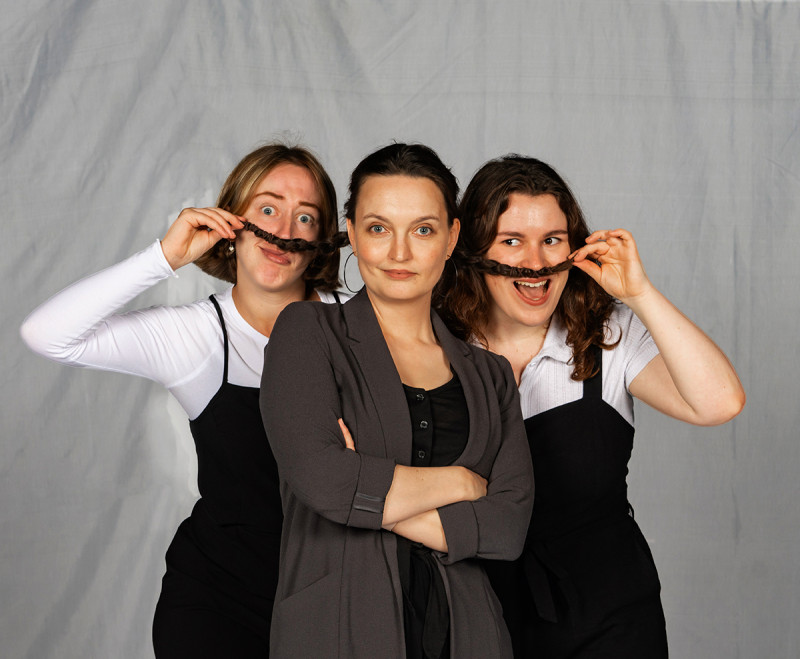 Part of the Six Degrees Festival at BATS Theatre, Paper Jam comes from the creative young minds of Master of Fine Arts in Theatre students at Victoria University of Wellington Te Herenga Waka.

Sal (Anna Barker) is broke and caught in a whirlwind of mundane work in the mailroom of an unnamed corporate with shy Travis (Dylan Hutton). She thinks her life is under control and has ambitions for promotion, but her superior Mary (Zoë Christall) has other ideas. Cracking under the strain, she actualises her chaotic and mischievous childhood friend, Biscuit (Daniel Nodder).

The cast of four work exceptionally well as an ensemble. They are highly energetic, create believable and empathetic characters, and imbue their relatable story with equal measures of fun and pathos. Barker excels as the well-meaning hero, and Hutton’s creepy Graham and adorable Travis are hilarious and in fine contrast. Christall’s icy Mary and nerdy intern are also beautifully juxtaposed, and Nodder’s Biscuit is engagingly bouncy and naughty, pushing Sal out of her comfort zone.

As well as producing well-crafted and entertaining theatre, the creative team of Paper Jam has emphasised accessibility and sustainability as part of their production values. Instead of falling into the trap of being overly worthy, this choice works to Paper Jam’s favour.

Sadly, the burgeoning Omicron outbreak has put paid to the pre-show touch tour, but stage manager Felipe McDonald-Cuevas instead describes the set, props, and costumes for the particular benefit of people with visual impairments. This ethos continues throughout the performance with the actors speaking their stage directions, which amplifies the comic effect for seeing audience members.

The clever set design (Rebekah de Roo) relies on recycled and reused materials, such as wooden pallets and cardboard boxes. The back wall of the stage is covered in flattened boxes to make a projection screen, which is used to good effect throughout the performance.

From this joyful and thoughtful production, it’s clear that Wellington theatre’s next generation of creatives is in great form.