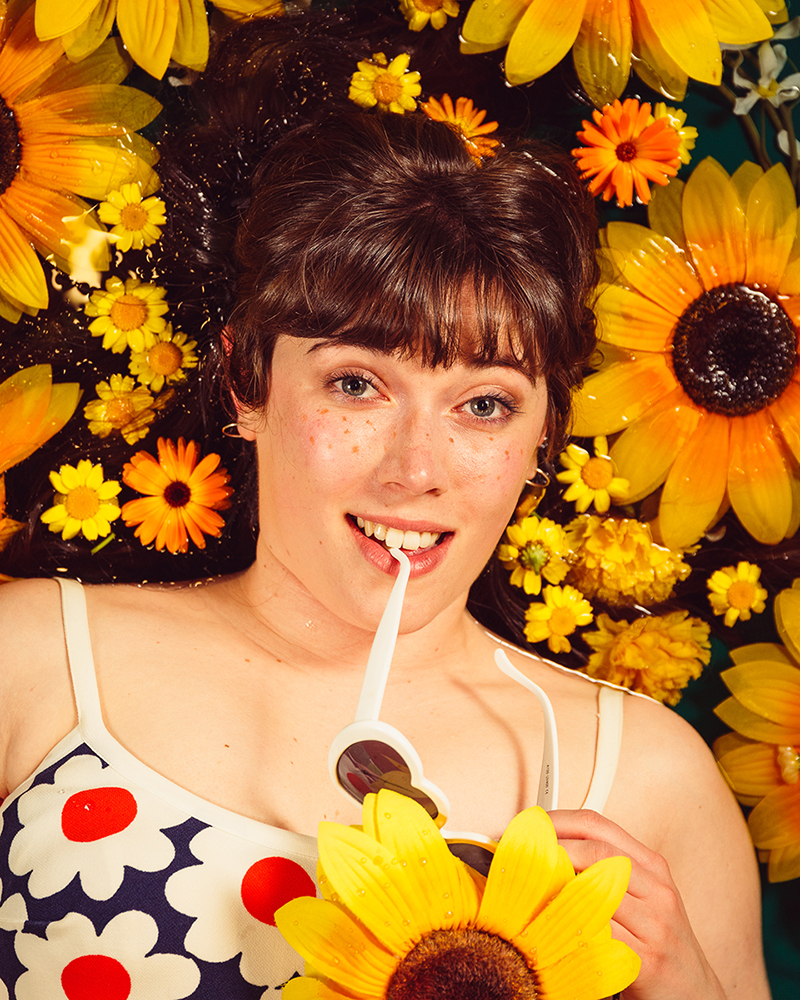 Ophelia Thinks Harder tells the story of Shakespeare’s Hamlet, but this time with a feminist focus. We watch as Ophelia (Aimée Sullivan) learns the difference between love and hate, and finally takes control of her own life.

Seeing the traverse staging, I’m immediately excited to see what director Ivana Palezevic chooses to do with it. The scenography utilises the stage well, giving us plenty to look at before the show begins (set design by Amy Whiterod). On one end of the theatre sits a large throne, while on the other end Ophelia lays patiently on her bed, surrounded by books and clothes, as the crowd finds their seats.

While mostly the costuming is simple, I’m particularly drawn to the very cover-of-Vogue attire donned by Hamlet (Isham Redford), along with the Queen’s (Lydia Harris) vibrant, floral gown (wardrobe design by Crystal Pulkowski). The sound (Evangelina Telfar) and lighting (Darryn Woods) complement each other well during the party scene, where the atmospheric soundscape and purple lighting create a unique sensory experience. I’m often distracted by the flashing of one broken light, but despite this, the lighting feels satisfying throughout the show.

A highlight is the fun metatheatrical plotline, where several cast members perform a play of their own. Filled with irony, this is one of many moments where the audience gets to see the actors filling the shoes of multiple characters. I particularly enjoy the performances of Allyn Robins, who charmingly plays Horatio, Harris, who has the audience in fits of laughter, and Sullivan, who impressively depicts the complexity of Ophelia’s emotions. Redford’s stage slap isn’t convincing from my viewpoint of the traverse stage, however his overall portrayal of Hamlet is powerful.

Quite forward-thinking when it was first published in 1994, the inclusion of derogatory terms in the script feels out of place, preventing it from appealing to the diversity of a modern audience. Despite this, it’s a wonderful change to be told this story through a feminist lens, where Hamlet’s actions are frowned upon, and where Ophelia really does think harder.