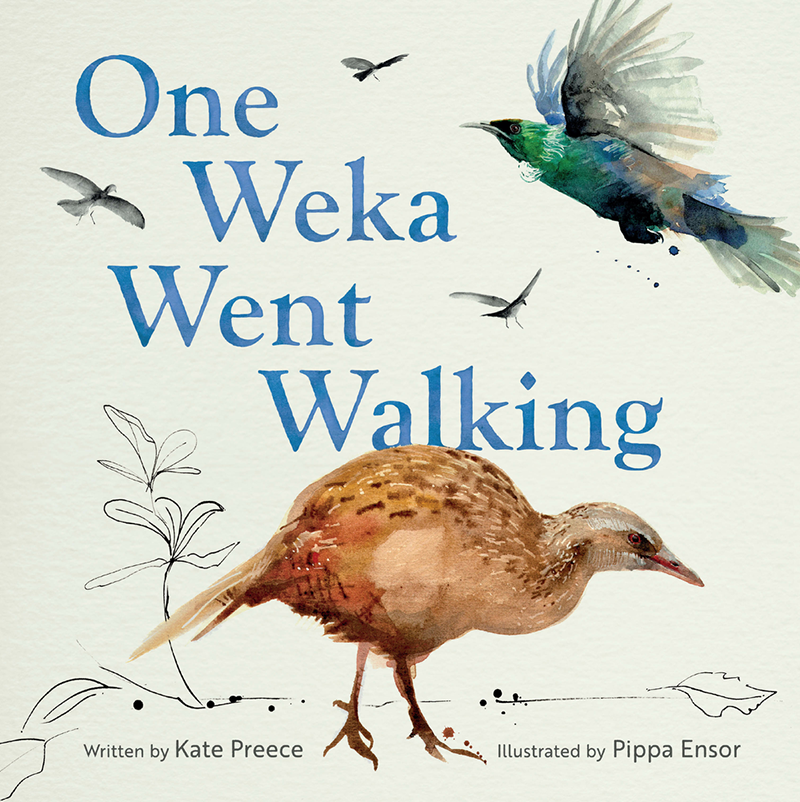 One Weka Went Walking is a good early introduction for kids to the birds of the Chatham Islands, where the inquisitive weka encounters all types of birds on his journey across the islands.

Author Kate Preece offers a simple yet catchy flow of words in One Weka Went Walking, with some te reo Māori translations and very occasionally Moriori. There are neat facts about the different birds that inhabit the Chatham Islands, some of which are threatened – like the nationally endangered Chatham Island tomtit or the threatened, nationally vulnerable Chatham Island snipe, which Preece incidentally offers a delightful fact about: it is as long as a pencil and lighter than a bar of soap, making it the smallest snipe in the Southern Hemisphere.

With curious facts at the bottom of each page, there’s a little bit more on offer for kids to absorb, like the fact that 12 buff wekas were released on Chatham Island in 1905 and now there are tens of thousands living there. Or ones of a more sneaky variety, like the fact that shining cuckoos, although rare, are known for sneaking their eggs into the Chatham Island warbler nests, and once the cuckoo hatches, it kicks the other eggs or chicks out of the nest.

One Weka Went Walking is a quaint book that will appeal to young children, particularly those with an interest in birds and
the diversity of nature. The rhythmic flow and repetition of words in One Weka Went Walking creates a delightful story of a weka’s encounters with other birds that cleverly and simply tells: who is endangered, who is at risk, who eats what, who lives where, who’s plumper than fat, and who has a mohawk down the back of their back.