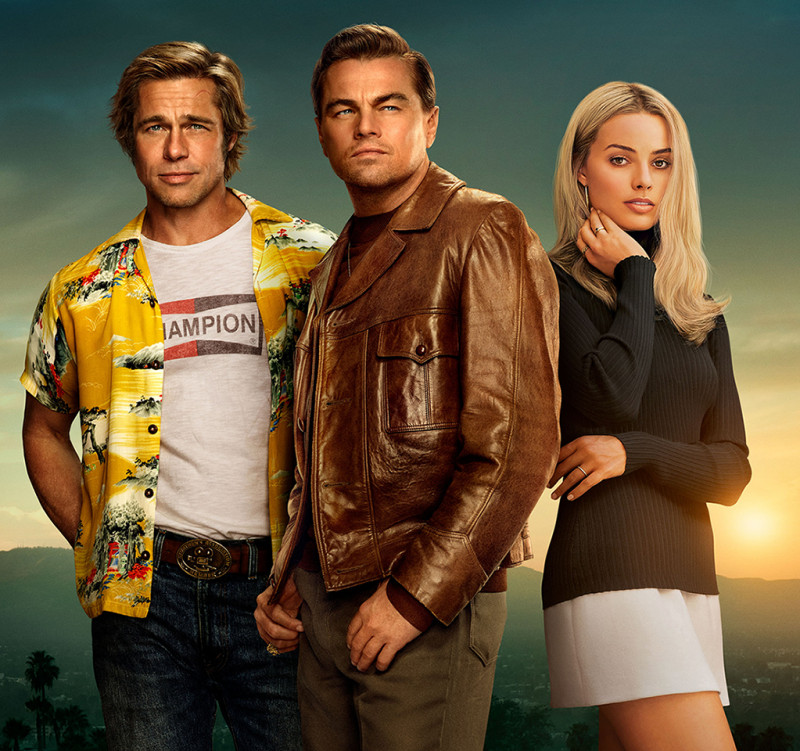 Once Upon a Time in Hollywood

Quentin Tarantino’s Hollywood-hangout film pulls the audience into the town’s golden age by utilising two of modern-day’s most charismatic performers at peak fitness, though it doesn’t attack the senses in the same way as his revenge-led pictures.

In Once Upon a Time we join fading 1960’s western TV star Rick Dalton (Leonardo DiCaprio) and his stuntman Cliff Booth (Brad Pitt). Dalton’s cowboy shoot-em-ups are going out of fashion, which means he and Booth could be out of work. Luckily, Dalton might have an in through his neighbours… Sharon Tate (Margot Robbie) and Roman Polanski (Rafał Zawierucha).

This movie is Hollywood. Seeing DiCaprio and Pitt together on screen took me back to a time when the movie star reigned supreme. Their characters are different, but they need each other, something they embrace as the film progresses. DiCaprio plays an unconsciously lonely man whose small moments of achievement are fun to celebrate. Pitt delivers an Oscar-worthy performance as Booth. He does not overact, instead embracing the nonchalance inherent in the script – primarily communicating through badassery. Supporting characters are well placed and well cast, particularly Margaret Qualley as Pussycat and the various other Manson Family members, and 10-year-old Julia Butters, who is maybe the only actor to steal shine from the leads.

The lack of thrills will be an adjustment for some. There’s a lot of driving, a lot of talking, and payoff usually comes in the form of catharsis or comedy. Cinematographer Robert Richardson beautifully captures a half real, half fantasy 1969. The script just isn’t as tight, and the concepts not as clearly executed as we have come to expect. However, the ending was worth it. It was a wonderful ‘WTF’ moment. Tate serves as an important symbol of this time in Hollywood. Robbie plays her well but is short on standout sequences.

Films like this, with actors of this calibre rarely get made anymore. Just don’t go in expecting the regular Tarantino gut-punch. His other films are crazy, this one is cool.