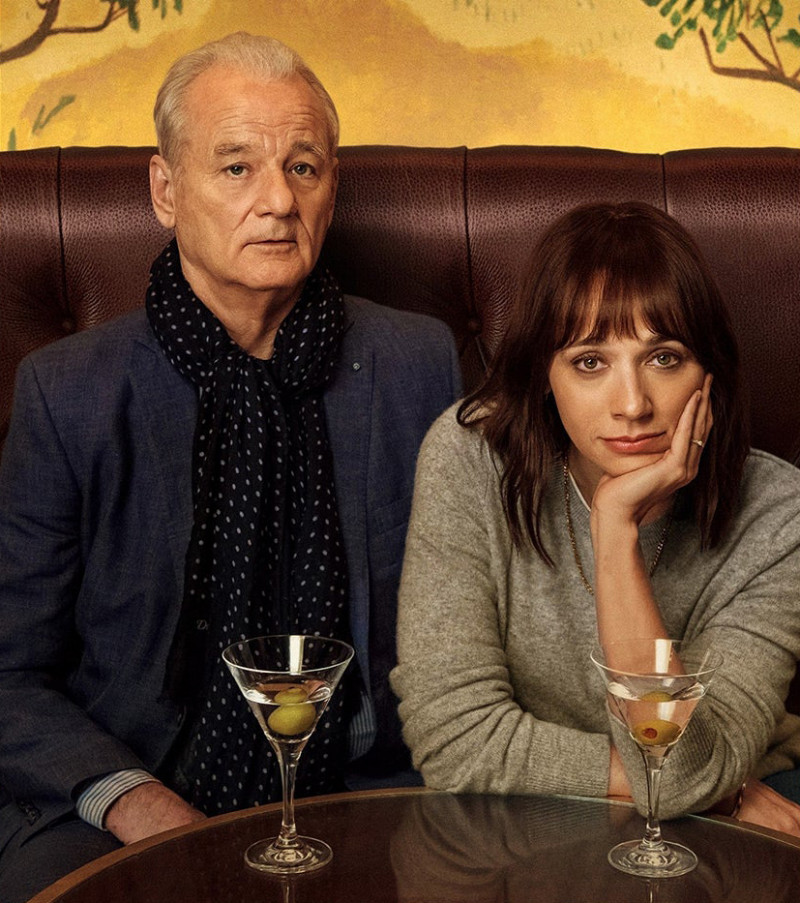 In the words of the late great Roger Ebert, “it’s not what a movie is about, it’s how it is about it”. On the Rocks doesn’t break new ground, nor does it try to. Instead writer-director Sofia Coppola presents an elegant take on an old story, elevated by the ever-captivating Bill Murray.

Laura (Rashida Jones) has settled in New York with her husband Dean (Marlon Wayans), who’s career is taking off rapidly while she, a budding writer, struggles to put pen to paper. When Dean’s behaviour leads her to suspect foul play, her loving father Felix (Murray) makes it his mission to help get to the bottom of it.

On the Rocks presents Coppola at her most subdued, but at times her most poised. In lesser hands, this may not have been a story worth telling, or rather retelling. We’ve heard it all before, and with that, our focus quickly shifts from story to style; thankfully, this film has that in spades. The jokes, both visual and verbal, consistently land. A sparse sax-heavy score and lingering shots of the New York cityscape add the required dose of class, and with this framework the cast has all the necessary tools to flourish.

Enter Bill Murray. There is perhaps no comedic actor more capable of stealing a show, and unsurprisingly, he does it again. Aided by an intelligent, stall-free script, Murray’s Felix is charming, flirtatious, at times apathetic, and always funny. Have you ever talked your way out of a speeding ticket? Did you manage to get the cops laughing while giving your lemon a push start and wishing you well on your way? Didn’t think so. Jones thrives in her role as the film’s emotional anchor and enjoys warm chemistry with Murray. Wayans is the only detraction. While he delivers a fine performance, he simply feels miscast.

The final moments of On the Rocks are sadly predictable and much less emotionally driven than the preceding 75 minutes led me to expect. Still, the film adds yet another, lighter feather to Coppola’s hat.