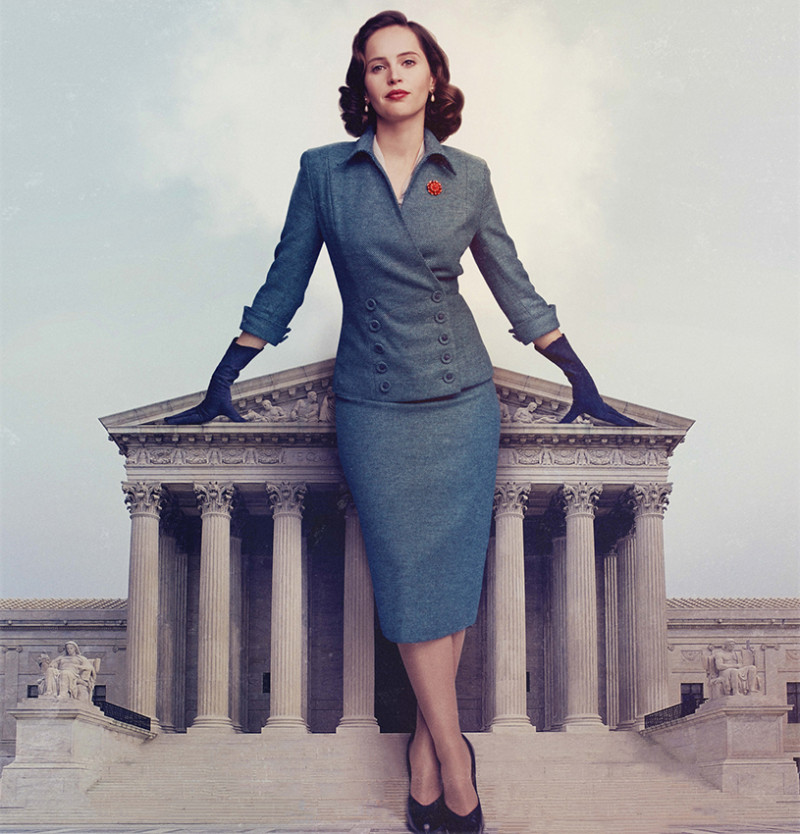 On the Basis of Sex

Ruth Bader Ginsburg is one of the most famous civil servants in the world. She sits on the US Supreme Court at the age of 85, and is best-known for her work demolishing legislation that discriminates on gender. Her story was always going to be incredible, but in the hands of director Mimi Leder, it becomes even more compelling. On the Basis of Sex at first seems straightforward, even glossy, but excels when it delves into the trickier stuff.

The biopic follows Ruth (Felicity Jones) from her time at Harvard Law School as one of its first-ever female students through to the case that changed everything for her – and America’s women. Along the way, we nestle into her spectacularly functional, progressive marriage with Marty (Armie Hammer), and see first-hand the kind of discrimination that Ruth and her kin were up against.

Despite its long runtime, On the Basis of Sex held me in its thrall. Sure, it was funny when the young Ruth humiliates the sexist, condescending Dean of Harvard Law (Sam Waterston), but the film is its most cutting and fresh when it skewers so-called ‘allies’ of the feminist movement. After graduating, top student Ruth can’t get a job anywhere in New York. One interview seems promising; the interviewing partner seems sympathetic to her plight – but he can’t hire her! What would the wives say? Smarmy ACLU lawyer Mel Wulf (Justin Theroux) is for equal treatment for all people under the law, apparently. But he refuses to treat Ruth as his intellectual equal, and after one particular dressing-down even the audience doubts she can win.

These thematic through-lines work so well because they stem from complex social and cultural issues that women and non-binary people are still wading through today. It effectively conveys to the viewer that while ‘the Notorious RBG’ did a lot of important work for gender equality, we’ve still got a way to go. On the Basis of Sex is inspiring, but it never loses sight of the fact that social change is a lot of hard work.