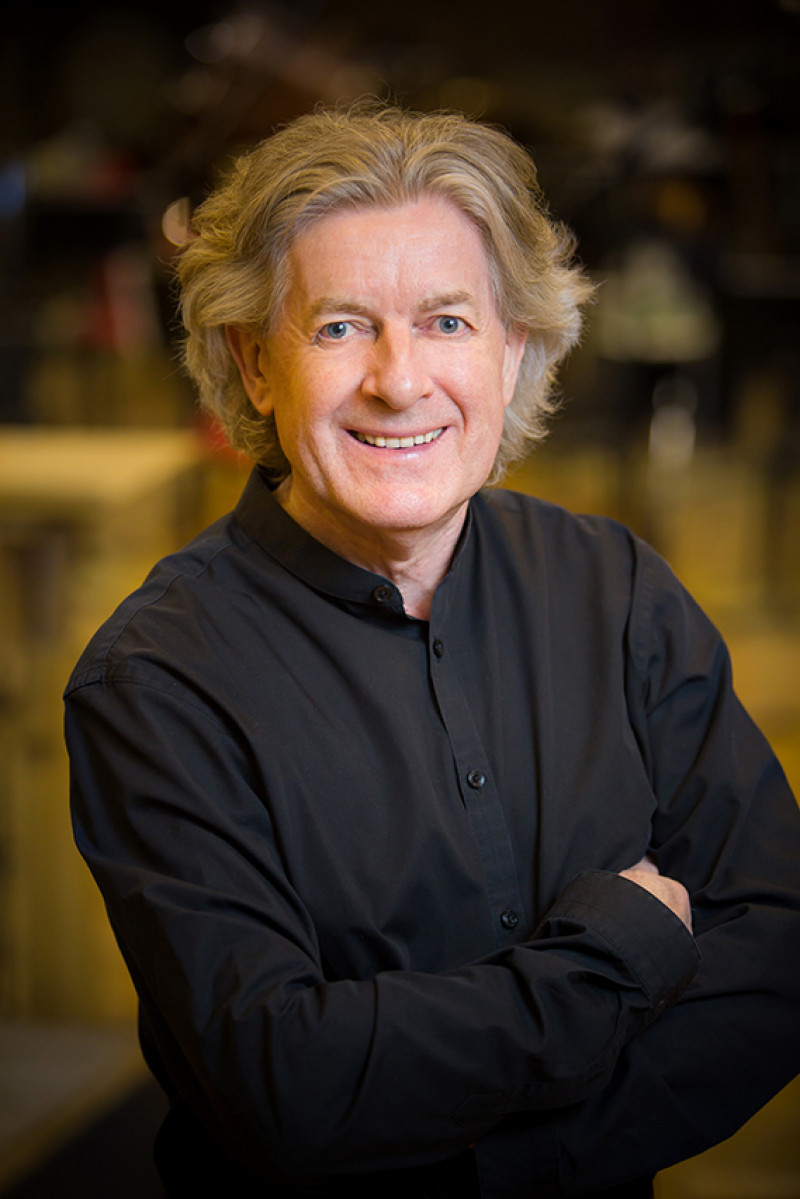 Glen Downie, the NYO’s young composer-in-residence, composed light speckled droplet for the occasion. It was a delicate piece as its title suggests, but certainly not colourless. Of particular note were the shimmering strings and the unaccompanied wordless voices of the choir. It was a lovely beginning to the concert.

The unaccompanied choir, conducted by director David Squire, performed a choral arrangement by Robert Wiremu of Waerenga-a-Hika, originally composed by Tuirina Wehi for guitar and kapa haka group to tell the story of the siege of Waerenga-a-Hika pa in 1865. In the choral version, the work utilises both kapa haka and European choral traditions. The performance was superb – dramatic, moving, and immaculate.

Sibelius’ The Oceanides for orchestra followed, depicting the expansive ocean and the nymphs that in Greek mythology were its guardians. While the strings struggled to depict the undulations of a peaceful ocean, the orchestra captured well the drama of a storm at sea.

The major work of the concert, Elgar’s The Music Makers for choir, orchestra, and solo mezzo soprano, is a heartfelt composition suggesting that each new generation of musicians and artists should be the “dreamers of dreams” to “renew our world.” Both choir and orchestra revelled in this work, easily negotiating the changes of mood, dynamics, and pace. Australian Catherine Carby contributed a rich but elegantly restrained solo voice.