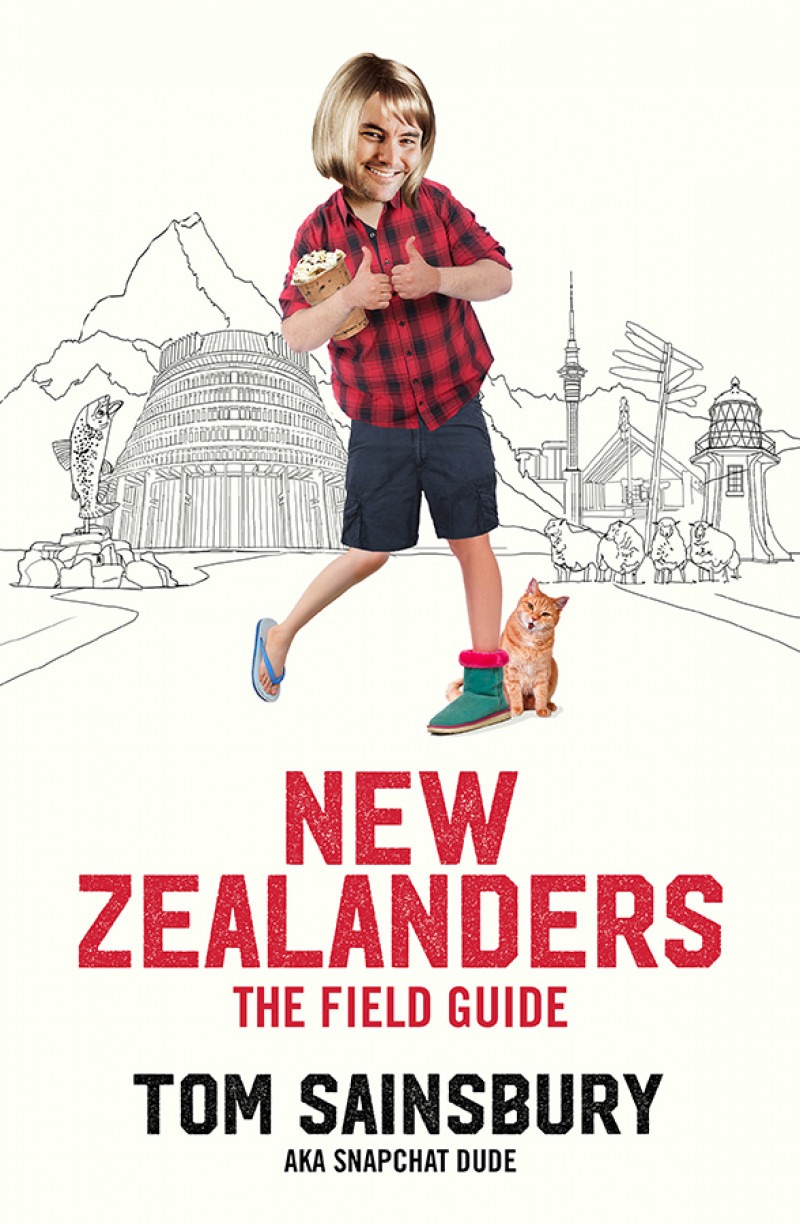 Tom Sainsbury’s new book, New Zealanders: The Field Guide is inspired by people and their stereotypes. It’s a fitting theme for Sainsbury, who rose to fame through his character impersonations on social media. Although the book is coined as a ‘New Zealanders’ field guide, the characters described are typical of people found almost anywhere in the world. Disappointingly, there was nothing specifically Kiwi about many of the stereotypes, which include The Shy Girl and The Gamer.

Having said that, The Bad Conversationalist made me laugh out loud as it was the first observation I had made (sorry Kiwis!) when my husband and I moved over from the UK. Coming from a large, chatty family it was a real culture shock when I realised that whilst very friendly, Kiwis prefer to keep the chat to a minimum! Sainsbury describes this character type by recounting the painfully awkward road trip he endured with his friend’s brother. Following a succession of abrupt responses to his questions, Sainsbury finally asks, “what are your thoughts on Syria?” to which he responds, “who’s she?” Stories of The Know-It-All Dad and The Flat Mate were also firm favourites. Sainsbury has a genuine, easy manner of telling stories and I really enjoyed these moments. However, I wished there had been more focus on the funny anecdotes. Instead, there was a lot of unnecessary jargon, with phrases like “you feel me?” filling the pages. I was not sure if Sainsbury was trying to build a conversational tone or if he was simply out of content?

We are shaped as individual characters through a web of social and cultural factors.

Stereotypes can reveal so much about our lives and communities, and whilst Sainsbury attempts to mention this in the conclusion, it is too little too late. There is a sea of depth and hilarity that could have been explored. As a Brit who loves New Zealand, I was disappointed in the missed opportunities for some authentic but smart, Kiwi-inspired comedy.