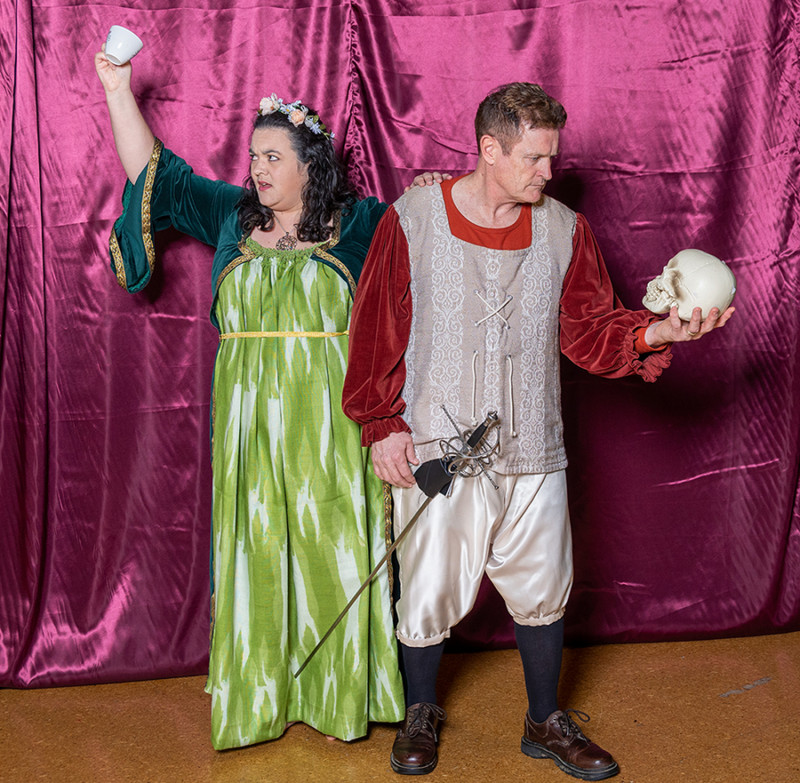 Murder on the Menu

First-time director Braden Lister has made a good fist of his debut production, despite COVID disruptions and a last-minute pack-in at the Gryphon Theatre, which is not New Players Theatre Company’s usual venue.

In Murder on the Menu, friends Skye (Ruby Braam) and Sophia (Sarah Upston) buy a dilapidated theatre which soon reveals itself to be full of the ghosts of Shakespearean characters who roam the auditorium declaiming lines from their famous plays. ‘Tights Boy’ Romeo (Pippa Liley) is the first to appear, followed in quick succession by Hamlet (Lyndon Jones) forever searching for drama queen Ophelia (Danica Frentz), a vain Juliet (Liv Calder), and the haggis-obsessed Macbeths (Euan Lucie-Smith and Yvonne Fisher). Skye and Sophia need to rid themselves of these pesky ghouls to be able to open a café, but how do you kill a fictional character who is already dead?

While the script is not high on intellectual challenge, Shakespeare fans will enjoy the revisioning of the most famous of his characters and the meta theatre jokes that pepper it. Those not so familiar with the theatre lexicon will enjoy the lively comedy that arises out of the murderous intentions of two people trying to off a group of ghosts.

The cast playing the Shakespearean characters all inhabit them with energy and relish, clearly enjoying the expanded dialogue and larger-than-life histrionics as they interact with each other. Lucie-Smith gives the performance of the night as Macbeth, revelling in his brash bonhomie, healthy appetite, and predilection for fart jokes. Braam and Upston are the glue that holds the narrative together and deliver that function with verve and good chemistry.

The lighting design by Jonassen Productions deserves special mention for its appropriateness and attention to detail. In one lovely moment, three lights that are seemingly just props unexpectedly come to life to great effect.

Congratulations to the whole team at New Players for a fun night of theatre that brings a splash of joy in these COVID-limited times.