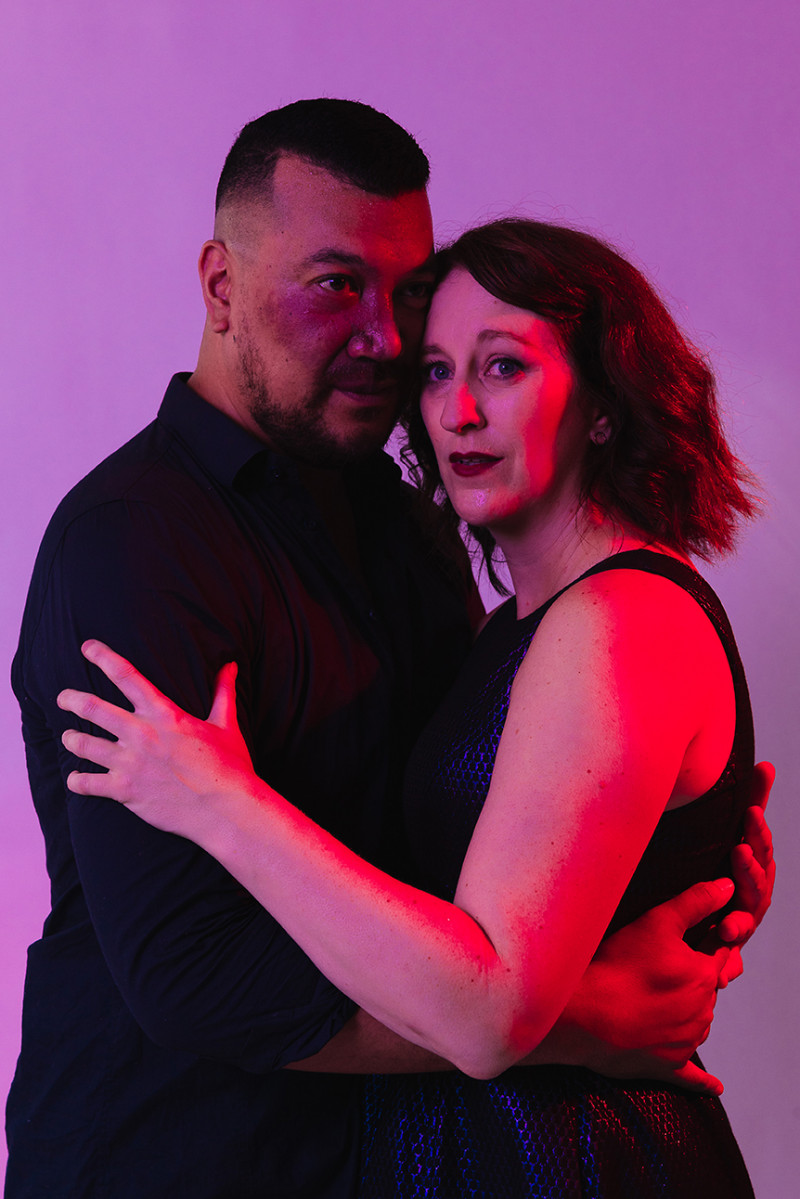 In one of Red Scare Theatre Company’s most (emotionally) ambitious shows to date, we watch two characters smear each other with the ugliest sides of love and friendship and somehow come through the other side.

‘Sweet’ Jane (Heather O’Carroll) had two best friends at university: the man she eventually married and had a baby with, Elliott, and Atlas (Ali Foa’i), who mysteriously disappeared 13 years ago. One day, while riding public transport with a racist pensioner, Jane receives a Facebook message from Atlas. She heads over to his house and the pair reacquaint themselves over several glasses of red.

This is where O’Carroll and Foa’i really kick into gear. Both actors give phenomenal performances; O’Carroll practically bathes in shame, sadness, and rage. She’s in tears for the last 20 minutes of the show, an incredibly difficult state to sustain. Foa’i, on the other hand, is beautifully restrained, only reluctantly showing us the cracks in his cool-guy façade. Director James Cain also deserves praise here for guiding the pitch of the piece so masterfully, allowing for moments of humour, exasperation, and joy.

As you might have already guessed, the script (penned by Matthew Loveranes) is heavy going. It deals with suicide, unrequited love, and betrayal. It’s also quite elevated, with each character describing their deepest, darkest secrets incredibly articulately. At times it’s beautiful, hitting beats of truth; but ultimately, it serves to elevate Jane and Atlas as romantic heroes (of sorts). It’s an interesting choice to make when so many other playwrights are scratching out ultra-realist scripts full of Kiwi yeah-nahs and ehs.

As a result, the production feels mature, if perhaps a little old-fashioned. The classic vibe is bolstered by Lucas Neal’s lovely set, which lays out a lounge (complete with original art and light fittings) on the BATS Heyday Dome stage.

MoodPorn is one of Loveranes’ best scripts yet, but what makes it really special is the acting cojones and assurance of its two leads.