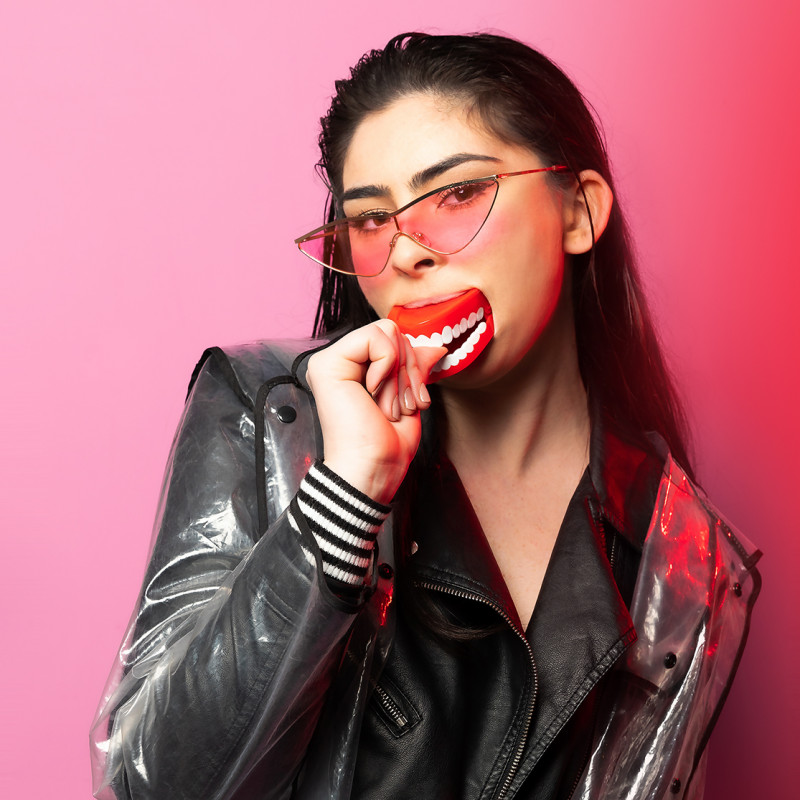 Having witnessed WITCH productions in the past, I knew this would be a night of exceptional musical theatre. Even so, Monster Songs exceeded my expectations.

The raised stage (production design by Joshua Tucker) looks set for some serious freakiness before anyone takes to it, with a grunge-punk vibe continued in Jodi Walker’s on-point costumes – think pleather, mesh, and nipple pasties. Dry ice shrouds backlit silhouettes. Hair billows as performers come crashing to their knees. Soloists strike tableaus, illuminated by stage lighting fit for a concert hall. The design aesthetic is at once cohesive and arresting. It’s all about drama, and the shrieking audience is here for it.

The setlist comprises songs for and by the misfits: think Beetlejuice and Bowie, The Rocky Horror Picture Show and Radiohead. Some numbers send shivers down my spine, causing those rare pins-and-needles chills one craves in musical theatre. The climax of Natasha McAllister’s stunning Creep is one such moment, though the intro is a tad shaky tonight. With multi-part harmonies, the whole cast meets the challenge of the complex Gaga For Rent medley. Kree McMillan’s powerhouse vocals cause many a whistle, her performance of Sweet Transvestite with exquisite harmonies from Jonathan Morgan a wicked delight.

Jade Thomson’s gorgeous Dancer stands out to me for its understated grace amidst such larger-than-life numbers, as does Joseph Mara’s Life On Mars? Caitlin Penrose’s affecting Goodbye Yellow Brick Road is my – if not the – show highlight. She brings the house down.

Tying it all together is the supremely talented one-man band Daniel Hayles, with brilliant choreography by McAllister, Emily Downs, and Leigh Evans.

A few song choices are weaker than others – despite Devon Neiman’s impassioned performance, my companion and I both disliked the seven-minute, melody-meagre Leave Luanne. Opening night nerves mean it sometimes seems like the singers are trying to outdo each other, and transitions are a little clunky in places; both minor issues that will likely resolve over the season.

And what a season it is. Monster Songs is unmissable, heart-palpitating entertainment.