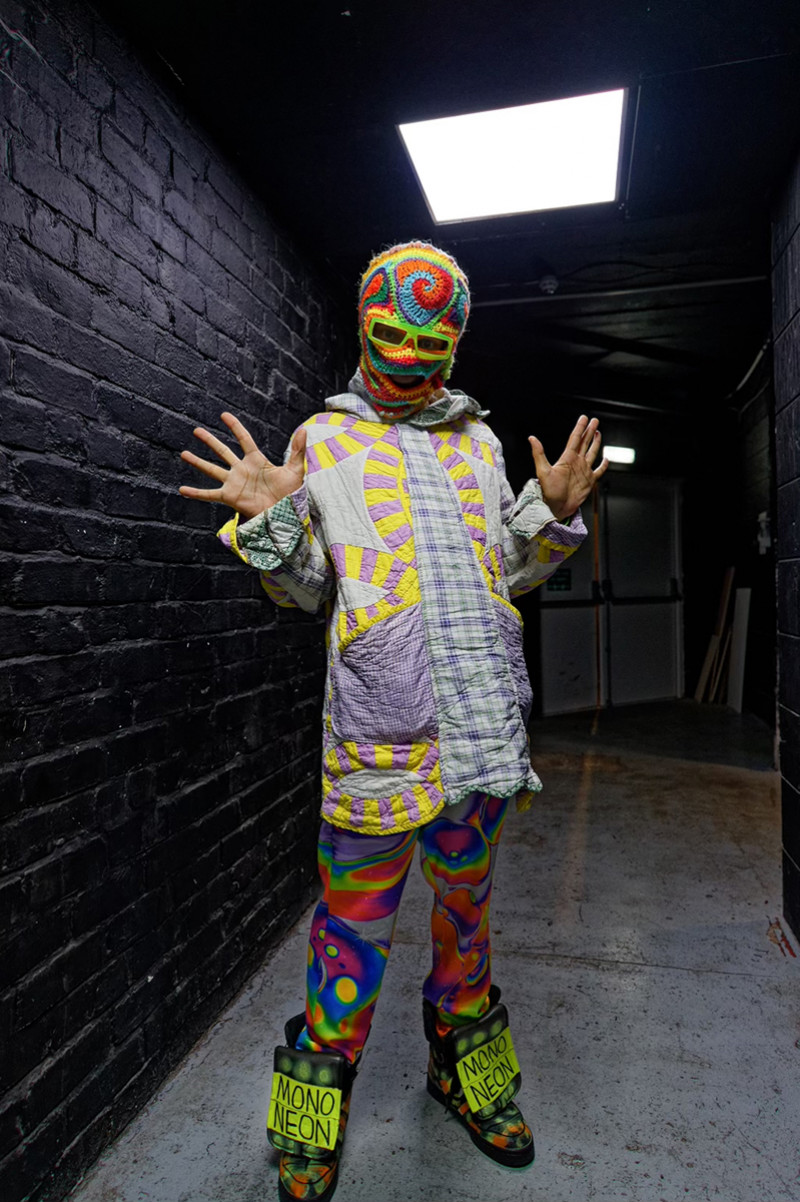 A huge hit at the 2019 Wellington Jazz Festival when he performed with Ghost-Note, the GRAMMY Award-winning experimental bassist MonoNeon packed out the Opera House with an eclectic mix of fans on his solo return visit with a three-piece band.

MonoNeon is known for his unusual playing style. While right-handed, he plays left-handed upside down on a right-handed bass guitar with a Marcel Duchamp-inspired green and yellow striped sock snuggled over the tuning pegs. This mode of playing produces a deep thrubbing sound that I could feel in my chest throughout the 90-minute concert.

MonoNeon is also known for his outlandish dress and was wearing his trademark quilted hoodie and matching pants, chunky sports shoes with his name on the front, multicoloured knitted balaclava, and day-glo sunnies. Despite this in-your-face look, he has a charmingly high-pitched voice and humble Memphis-born manner that allowed his three bandmates to take much of the spotlight.

They were ostensibly playing MonoNeon’s new album, Basqiat and Skittles. Rather than falling into the tired trap of playing the album beginning to end in track order, they mixed it up big time. Playing two or three songs in sequence, they segued seamlessly from one to the next with extended improvised solos from the energetic guitarist, keyboardist, and drummer  ̶  each highly talented musicians in their own right  ̶  who creatively free-formed until MonoNeon’s subtle finger point gave them the signal to move back to the core of the song.

MonoNeon’s use of microtonality manufactures a truly unconventional effect, no more so than when he took the stage himself at the end of the concert to strum, slide, slap, and tweak his inverted bass guitar to produce unusual funky blues sounds, much to the delight of the audience.

Lighting was used to great effect throughout with seven circular, yellow-lamped lights along the back of the stage, and good employment of the Opera House’s rig to add colour and atmosphere.

MonoNeon’s music is hard to describe but it was a uniquely ear-bending experience that I would willingly repeat.