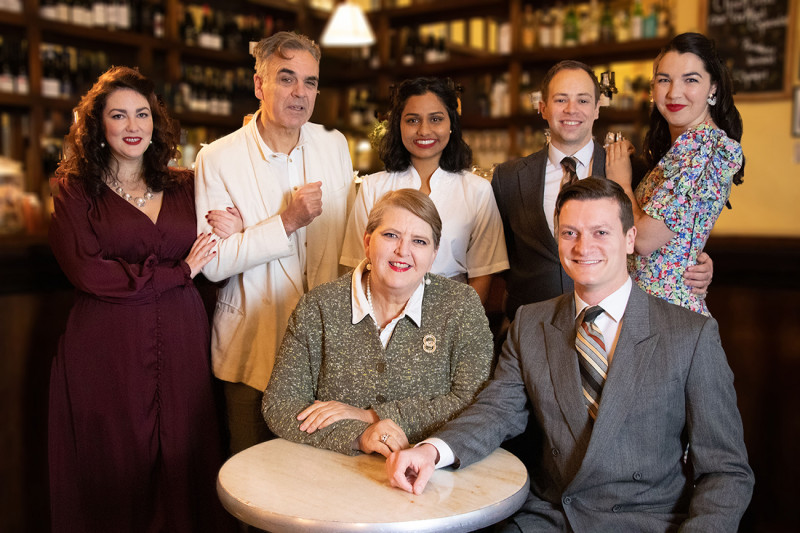 It can go without saying that 2020 has and continues to present obstacles for us all and now more than ever has the need for imaginative escapism become more prevalent. I say that one only need attend Midnight in Moscow to obtain such freedom. Staged at the Gryphon Theatre, this performance sticks New Zealand dead centre between the battling ideologies of communism and nationalism at the tail end of the 1940s. Set in Moscow, the play enraptures each audience member in a world long past; one of espionage, conspiracy, and tragic romances.

The world of Midnight in Moscow is coloured not just by the period-appropriate costuming (Michelle Soper) or effective set design (Rachel Hilliar), but by the brilliant casting. Comprised of five Kiwis and two Russian characters, all the actors contribute to the whole performance’s success. This is seen through Lisa Aaltonen and Paul Stone’s convincing transformations into strapping Russian citizens. Through the observable spectrum of strong New Zealand women manifested by the characters of Sophie (Anna Woods), Madeleine (Nethmi Karunanayake), and June (Stephanie Gartrell). And finally, by the performances of Patrick McTague and Slaine McKenzie, whose posturings and changes in accents effectively transport the viewer to worlds only found in film noirs like Otto Preminger’s Laura and Jacques Tourneur’s Out of the Past.

I believe the true success of Midnight in Moscow is how well it resonates with the audience. Though Dean Parker’s play is mainly set around the nature of communism against the backdrop of the 1940s, Midnight in Moscow caters for New Zealand’s unique culture and identity. With references ranging from our sporting interests to the stereotypes associated with particular areas of the country, this play provides for our need for adventure without leaving us too lost.

Under Tanya Piejus’s impressive direction, Midnight in Moscow inspires both widespread amusement and deep contemplation. And all those who attend leave more appreciative of things like friendship and the freedom of expression and thought.