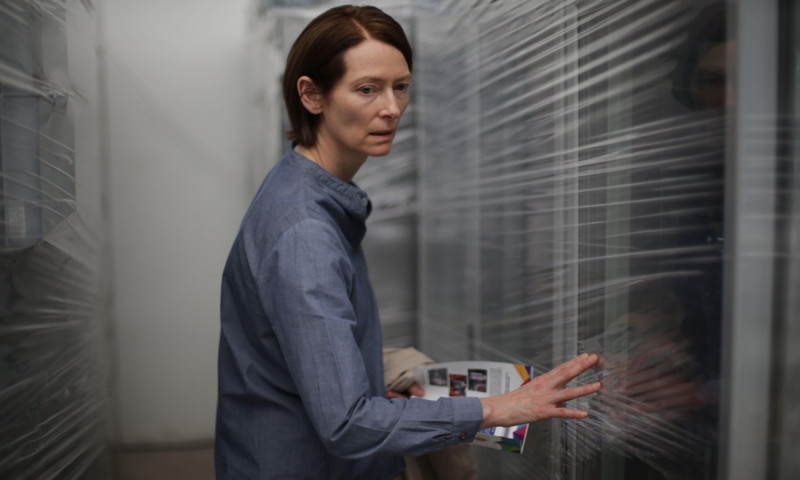 Semblances of intrigue occasionally rear their head in Memoria, but it refuses to grab the bull by the horns. I wanted to love it, I really did, but this was a slog. A void of emptiness that while sometimes pretty, is too static, flat, and fruitless to take anything from.

Jessica (Tilda Swinton), a Scottish expat living in Colombia, is awoken one night by a large, mysterious boom. It recurs, but she is seemingly the only person who hears it. Where on Earth is this noise coming from?

Many films place experience above plot or character, leaving the audience to piece together a story as they perceive and interpret what’s in front of them. David Lynch and Stanley Kubrick mastered this effect with films like Mulholland Drive and Eyes Wide Shut. Robert Eggers is a more recent example that comes to mind with The Witch and The Lighthouse. These films demand your attention. They grip your eyeballs and sear images into your mind causing deep-rooted emotional responses, even if it takes two or three viewings for you to understand exactly where it’s brewing from. Memoria sits at the opposite end of this spectrum.

Written and directed by Apichatpong Weerasethakul, it meanders along at a snail’s pace, with tension that never rises or falls. Silent, motionless shots remain fixed for minutes on end, characters take an eternity to respond to another’s line of dialogue. No one communicates this way, and Weerasethakul doesn’t do enough to establish a world where we believe they might. He is clearly trying to examine existential concepts – dreams, memories, and what have you – but he is doing it in a way so uninteresting, so uninspiring that I don’t even care to address them.

Swinton is by no means a boring performer, quite the opposite. But until Memoria’s final moments, she gives very little, or perhaps, little was brought out of her. An actor of her calibre was not necessary for this part, though I praise her for attempting to inject passion and solemnity where she could.