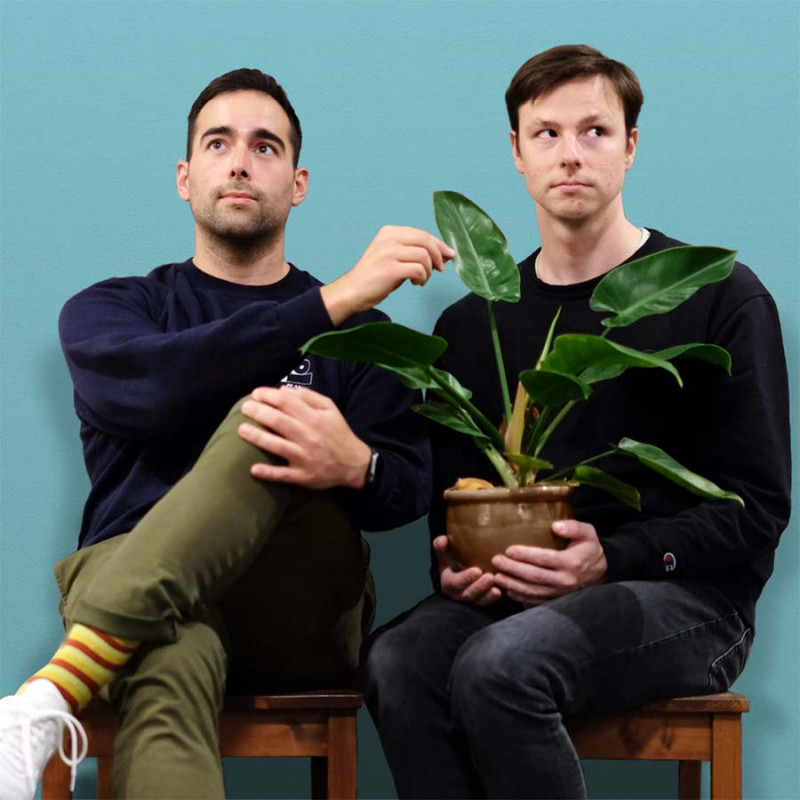 The cleverly named Maximum Benefit is Max Porozny and Ben Jardine, who specialise in long-form improv. Taking a few suggestions from one audience member – in this case, accidentally, me – the duo perform an entirely made-up story from start to finish over one hour of laughter and joy.

Our Level 2 masked-up affair starts with the two asking what we wanted to be when we grew up. I shouted “astronaut”, but when asked to go into more detail about my failed career plight, panicked and changed my answer to popstar. I also managed to outline my first ‘gig’ standing on a chair at Valentines Buffet Restaurant at the age of 11.

And so began a show about a jazz musician named Sanders Valentine, an agent with a dubious accent (or four), a budding young busker-hating police officer on his first day on the force, a kindly burger-maker, and perhaps most importantly, taco night at Mum’s place.

The great thing about reviewing improv is that I can’t spoil the show – because no two shows are ever the same. Unless you were in the audience with me, you will never see what I saw, which was two alarmingly calm and collected actors ready for whatever the night threw at them. Their quick wit, intellect, craftsmanship, and chemistry served as catcher’s gloves when a ball was dropped.

While there were a few hiccups, most were minor and quickly saved by these proficient players. The only real confusion for me was when they switched established characters – for instance when Porozny suddenly became Sanders after Jardine had played him for most of the show. Just a few solid anchors, like a couple of main characters that don’t change, would help the audience to keep their place amongst the sea of silliness, fun, and chaos.

Overall, this was a supremely entertaining show that I’d happily watch again and again. Just ignore me when I yell about astronauts next time.