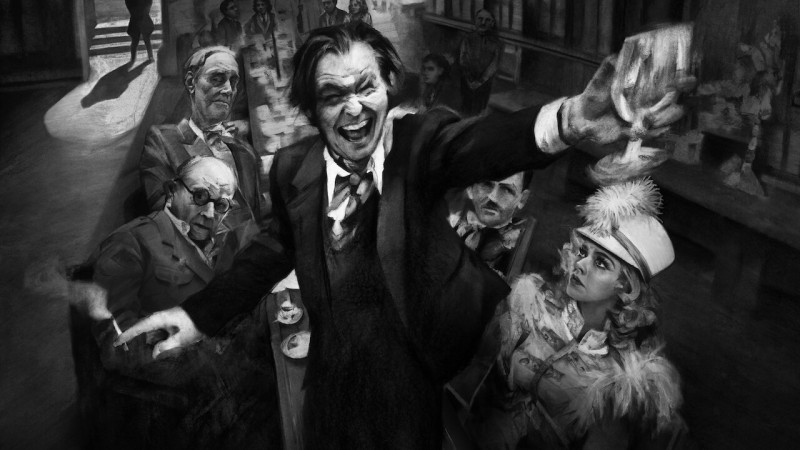 Right from the word go, when tilted opening titles loft over a black-and-white California sky – almost ironically reading “Netflix International Pictures Presents” – Mank feels as though it was pulled from the rubble of a time capsule planted in the 1930s, grime and gashes intact.

Herman J. Mankiewicz, or Mank (Gary Oldman), is an alcoholic screenwriter with a wit renowned by the top brass of 30s Hollywood, including press tycoon William Randolph Hearst (Charles Dance) and his mistress Marion Davies (Amanda Seyfried). Following a car crash, a bedridden Mank is asked to pen a script for the debut film of a “young genius from New York”, Orson Welles (Tom Burke).

Of course, the film in question is Citizen Kane, still regarded by many to be the greatest and most influential film ever made. Cited as an early example of auteurism, Welles is often considered the sole mind behind its creation. Mank tells a different story.

Though its narrative doesn’t reach the heights of suspense achieved in other David Fincher films, Mank feels like the cinematic gift we deserve this Christmas. Between the imposing sets, regal costumes, and boisterous personalities on display, it captures the dingy atmosphere of an early noir classic. It shines in black-and-white, photographed by Erik Messerschmidt with plenty of canted callbacks to Citizen Kane.

Mank is about the conflict behind creativity; the contentious debate for authorship between Mank and Welles, Hearst’s fear of public humiliation when it becomes clear that Mank’s script about power, greed, and corruption is based on him. It may not sound fun per se, but Jack Fincher’s endlessly witty script makes the story sing. Mank is a talker, and Oldman places each word perfectly – some slurred beyond comprehension, others overtly articulated to offend that rich prick at the other end of the dining table.

Mank is a lesson in craft and polish. While its narrative is catnip to any movie fan, I can’t help but wonder if casual viewers will find it as fascinating. Its physical beauty is bound to make anyone suspect there is more beneath the surface, and those intrigued by its plot will find new details every time they put it on.