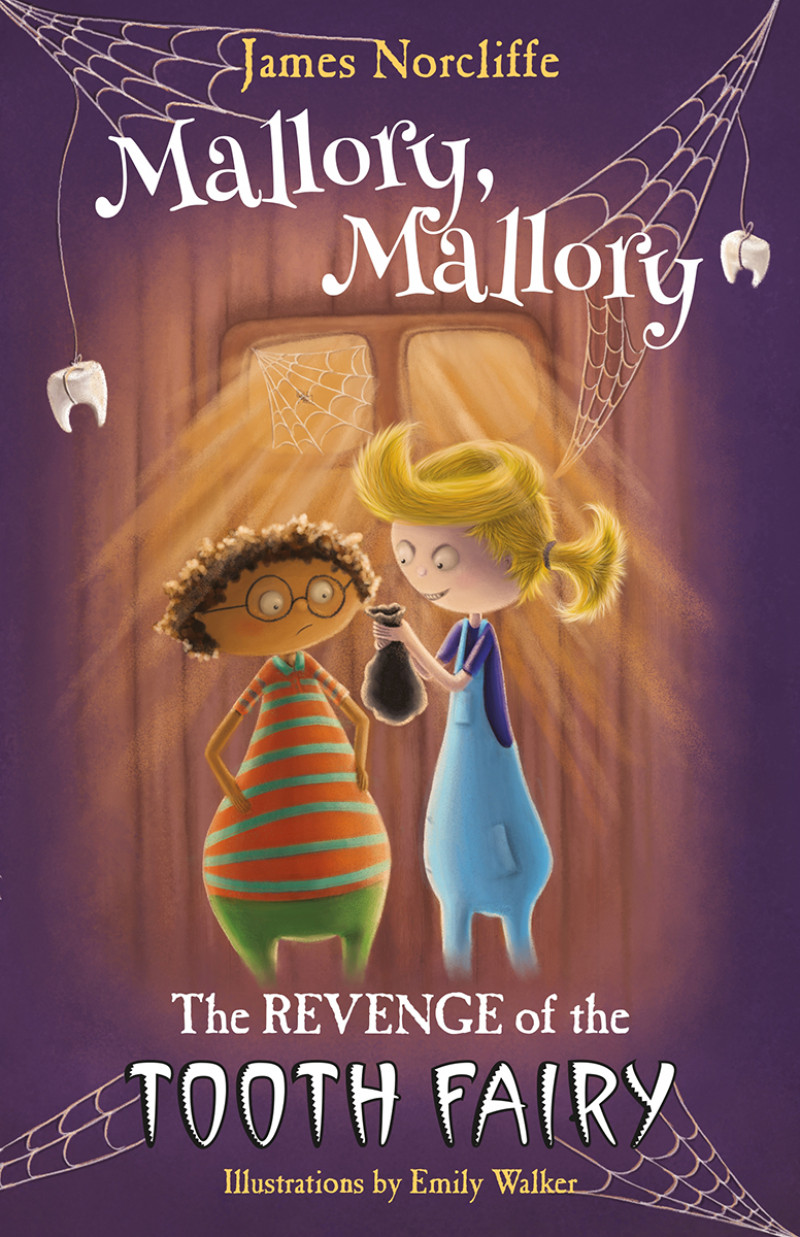 Mallory, Mallory: The Revenge of the Tooth Fairy

Take one selfish little girl aka Mallory, one meek and mild accomplice aka Arthur, and a cunning plot to kidnap the ever-elusive Tooth Fairy for ransom and you have a recipe for a tooth-defying tale.

The Revenge of the Tooth Fairy begins with a half-hatched plan to trap the Tooth Fairy in a makeshift budgie cage and turns into a delightful fantasy adventure where the best-laid plans become more and more complicated.

It’s hard to find Mallory endearing as she goes about trying to extort money from the Tooth Fairy in the most extreme and horrid ways. But a little bit of magic goes a long way in making her more dastardly villain than unlikable wretch.

The dry musings of a sly ‘shape-shifting’ mouse lead Mallory and Arthur to the realm of fantasy land Oralia; a place where teeth reign in all their glory, good and bad. Here Mallory becomes the incarcerated as she gets a taste of her own medicine and the indignities she has thrust upon the Tooth Fairy.

Author James Norcliffe’s knack for making teeth scary, humanlike, and hilarious is ripe for engaging young children and Emily Walker’s illustrations bring them to life ever so well. My seven-year-old got more than he bargained for here and despite protests of swapping this book for the umpteenth Marvel comic, he was soon inextricably engrossed in a fantasy world. One where canines, molars, and incisors govern, hex checkers keep order and balance the books, and the threat of the ‘penidentiary’, where Major Rat holds court, is never far away.

Reading The Revenge of the Tooth Fairy, I couldn’t help but hope that self-centred and scheming Mallory would turn a corner and display some remorse, but alas, one so calculated was never going to change her ways. Similarly I hoped that young Arthur would step up and out from under Mallory’s shadow and find his voice along the way. Does he come into his own? You’ll have to read the book to find out!