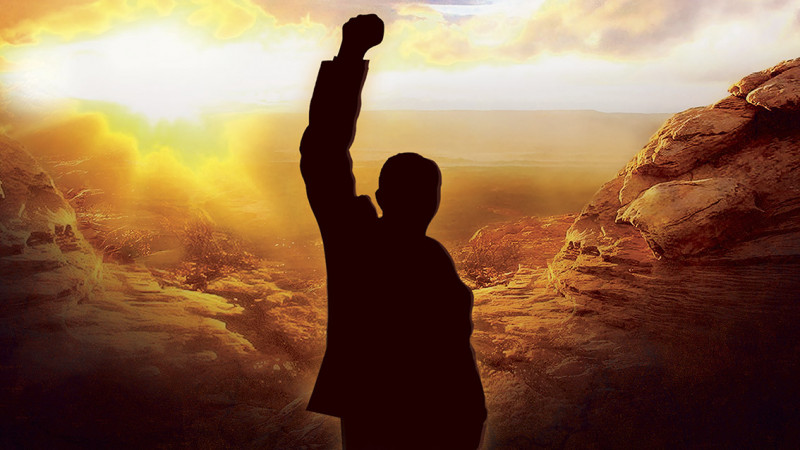 Madiba the Musical is a celebration of the great Nelson Mandela (Perci Moeketsi). Using stage techniques such as projection and narration (David Denis), it traverses many years of his life rapidly, jumping from his time as a freedom fighter and lawyer in the 1950s to his incarceration in the 1960s in the blink of an eye. While Mandela serves life in prison, the production shifts its focus to young activist Sam (Tim ‘Timomatic’ Omaji) and artist Will (Barry Conrad).

What first must be said about Madiba is the exceptional vocal talent of the cast. While each outstanding voice blended beautifully with the next, Ruva Ngwenya’s (playing Winne Mandela) smooth, husky timbre had me on the edge of my seat. Johan Nus’ choreography too made a lasting impression, a slow-motion protest scene remaining with me long after the curtain had fallen. The interfusion of traditional and contemporary dance felt elegantly reflective of the past and present, echoing the multigenerational voice expressed in Madiba.

Vibrant, explosive, and joyful, Madiba is every bit the celebration it declares itself. Whilst I found it a pleasure to watch, my question is this: considering what a far cry South Africa is from a ‘rainbow nation’ today, what is achieved by viewing the story through a rose-coloured lens? Mandela’s dreams of equality and non-violence resonate through Madiba, so what do we gain from cutting the story off at his election in 1994, when temporarily, all is well?

I am all for interspersing uplifting entertainment with harrowing facts and harsh realities – otherwise I think the work can become inaccessible. I’m all for sending your audience away dancing, hopeful. But I think more could have been done to draw attention to current affairs; to the fact that the fight is long from over. Even a programme note, a call to action, would bring this work into the 21st century and give it as much purpose as it has positivity.