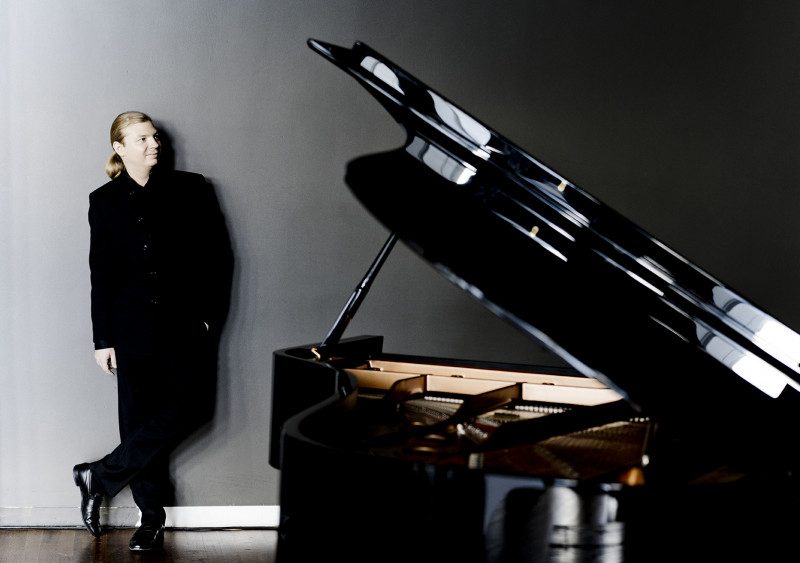 A robust little piece of Beethoven got this performance started. The Coriolan Overture, Op.62 tells a little-known story in a familiar tongue. Conventional form and interplay of themes made this an ideal warm-up for the main show.

Denis Kozhukhin, a dazzling young Russian musician, played a truly stunning rendition of Robert Schumann's Piano Concerto in A minor, Op.54. It's hard for the amateur or non-playing audience to understand how such an apparently solid piece of furniture (whether upright or grand) can be persuaded, coaxed, managed, flattered, and ultimately mastered to produce such a remarkable range of tone, volume, and feeling as we heard from Kozhuhkin. Matching a high-quality player with a high-quality composition always helps, and Schumann's Piano Concerto was beautifully complemented by Kozhuhkin's expert playing. Frequent exchanges of voice between piano and orchestra, equally skilfully matched and balanced, brought a lovely sense of narrative and fluidity. Once again, the combination of the NZSO's expertise and flair delivered us a really wonderful experience.

Hearts might sink when the programme notes say something is a composer's “least performed” piece, but it would be a miracle if every ear and every individual taste was satisfied by every programme. Two of the lesser-known concertos by Sibelius, numbers six and seven, made for a demanding second half.

Both are relatively short, very dense, complex pieces of a little over 20 minutes each. The Sixth Symphony is in four movements, each of which finish rather suddenly and seem almost unresolved. The Seventh is even more unusual, being only one movement in total. Søndergård is something of a Sibelius specialist and brought his interpretation to the stage where an extremely focused and sensitive performance from the orchestra gave it life. Søndergård's conducting of the Sibelius was remarkable, but it was Kozhukhin's brilliant playing we talked about in the car on the way home.