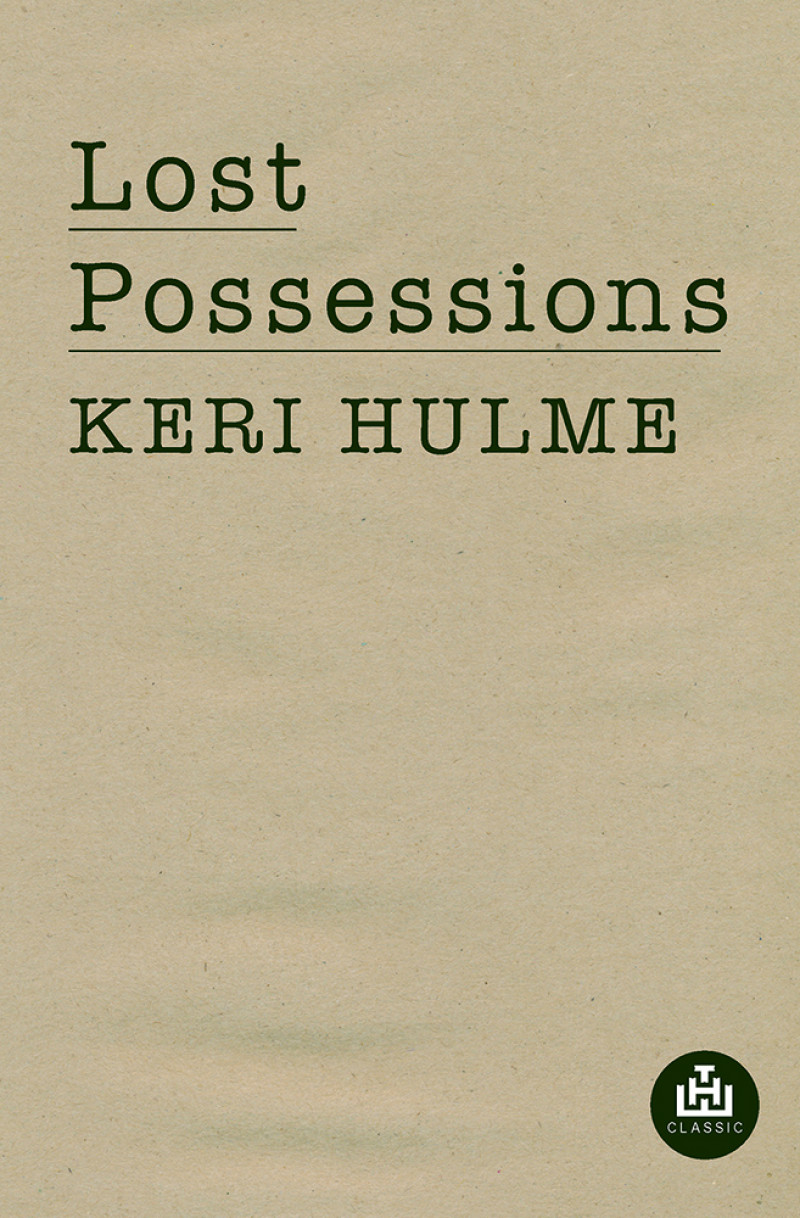 Lost Possessions, a novella, is written in the style of a journal – a collection of pages of a notebook in which we learn about the writer, the character, via their self-expression. Author Keri Hulme captures the reader’s curiosity cleverly and instantly with an immediate mystery:
“They have left me.
The door is locked.
The room is entirely bare.”

Where the writer is, or why they have taken him, or indeed who they are, remains entirely a mystery for the rest of the journal. However, we are given hints. As the writer begins using the notepad to track the passage of time and the details of his experience as best he can, we learn that he is Harrod Wittie, a university lecturer. He only recalls a sack over his head and something like a belt around his neck before waking in a featureless room, alone, naked, with a bucket for company.

As days – or perhaps hours – pass and Harrod realises his state of mind depends entirely on whether he is given any food, he becomes a fabulous example of an unreliable narrator. We only see his surroundings through his description of them, and memories of his childhood, his family, his past relationships, swim to the surface while Harrod slowly starves.

A curious repeating theme of ‘rites of passage’ comes to the forefront of his musings. A bizarre obsession with race and skin colour is also impossible to ignore. As Harrod begins to focus on the fact that the people holding him hostage are Black, as far as he can tell, he reminisces about the last relationship he had, with a Black woman named Jaban, drawing tenuous connections between her and his current plight. They discussed differing cultures and their traditions around how and when one becomes a man. Is pain involved? Is there a real test? Just as he seems to be finally closing in on the possibility that he brought this situation upon himself, it ends in utter uncertainty.

A quick read, and a slow digest; Lost Possessions made me think for a long time.