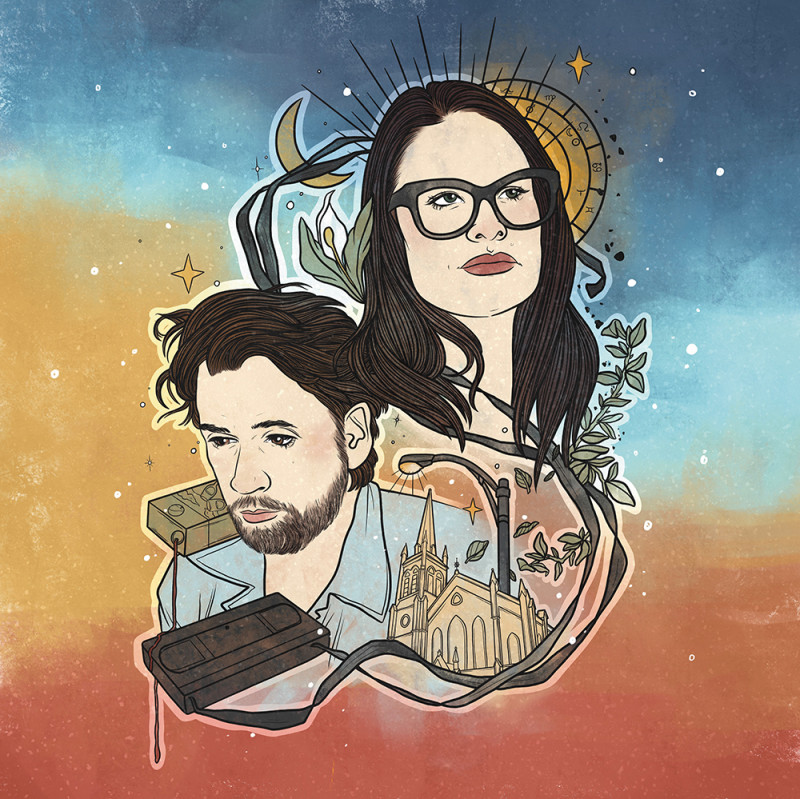 Running at Circa Theatre until 13th Nov 2021

In The Best Show in Town is at Your Place Every Night, Potts takes the audience on a tour of Wellington’s video shops, from the big players like Amalgamated and United Video to cult icons such as (the still-standing) AroVideo. By ‘takes us on a tour’, I don’t mean Potts waxes lyrical, although he does plenty of that. It is as if we’re on a bus, riding through the suburbs with a suited-up guide whose passion borders on delirium at times. Potts’ references are incendiary, kindled by genius, elusive, alluding always to something lurking beneath. A lover, a mistake, a death.

Lucas Neal’s clever, prop-heavy set here doubles as the video stores of yore and a person’s house (where the best show in town is on every night, of course). Brynne Tasker-Poland’s lighting helps establish drama, setting, and pace – especially when our bus chugs up the one-way hills of our damp city.

Change Your Own Life is Sergent’s true story of losing her best friend and brother nine months apart. As she responds to this insurmountable grief and we learn more about her life, tarot cards are slowly revealed on the back wall. It feels part-confessional, part-seminar, and part-magic, especially thanks to interludes lit in vivid purple and green by Tasker-Poland. Rapid shifts in Sergent’s performance – from gentle to explosive – at first throw me off guard. I come to realise these dramatic contrasts and conflicts must echo her experience. Grief is not linear, pretty, sitting in a shoebox. It’s loud and messy. The lid is open and we cling to those precious shoes, our breath stolen by the unfairness of it all. Thanks to Sergent for this brave, bold, and beautiful work.