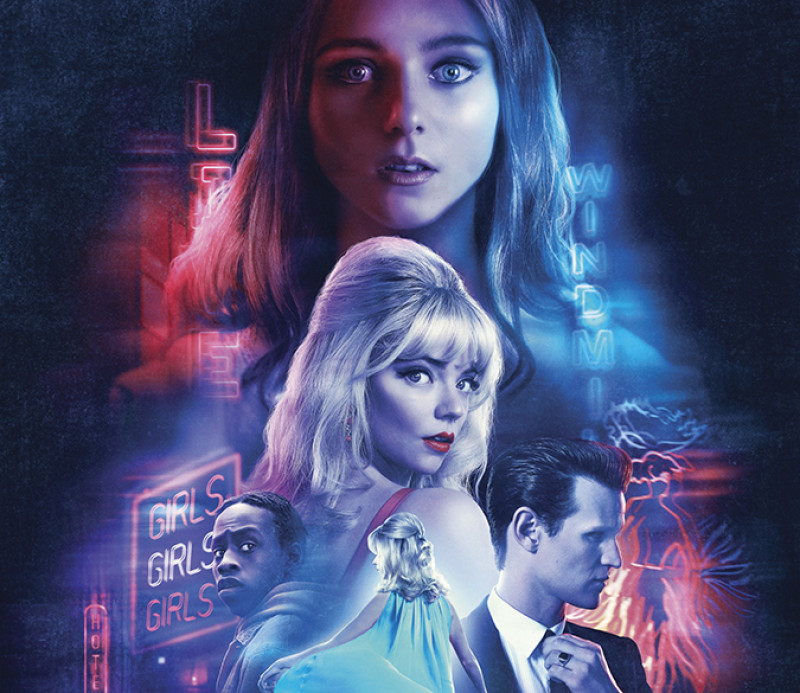 Much like Eloise (Thomasin McKenzie), we too enter a neon-lit fever dream watching Last Night in Soho, a film that turns our nostalgia for the past into an inescapable nightmare. Edgar Wright’s directorial touch shines more than ever as he modernises and romanticises the classic thriller with assured awareness, propelling an intriguing mystery that has us waiting with bated breath for answers.

Eloise Turner is a young fashion student who lives for the Swinging Sixties. Though she’s excited to trade her rural surrounds for London, she quickly feels alienated by the big city and seeks refuge in a shabby Soho apartment, which she rents from one Mrs Collins (Dame Diana Rigg). Her new home comes with history, and when she falls asleep, Eloise is whisked away to the 60s she’s always dreamed of, where she is tethered to aspiring club singer Sandie (Anya Taylor-Joy).

With films like Hot Fuzz (2007) and Baby Driver (2017) under his belt, Wright’s meticulous direction is well established, but never has he been more inventive than in Last Night in Soho. Like a kid in a candy store, he constantly finds fun ways to meld Eloise’s present with Sandy’s past; an early dance sequence that combines clever camera movement and precise choreography stands out as a moment of pure cinematic delight. From the costumes and the production design to the noirish lighting, soundtrack, and underbelly atmosphere, the 60s burst to life under Wright’s tutelage.

Wellington actress McKenzie fits beautifully into the world Wright creates and delivers a star-making performance. Tortured, mystified, and alone, she is the square peg trying to fit into the round hole, beautifully offset by the film’s well-cast ensemble. Taylor-Joy is a perfect counterpoint, but this is, without a doubt, McKenzie’s movie. In her final performance before her death last year, Rigg is as poised as ever, and Last Night in Soho serves as a worthy swan song for this screen legend.

Last Night in Soho harkens back to the type of dread felt in psychological thrillers like Alfred Hitchcock’s Rebecca (1940) and Michael Powell’s Peeping Tom (1960). I implore you to go in cold and experience Last Night in Soho spoiler-free; discovering its secrets is just too damn fun.