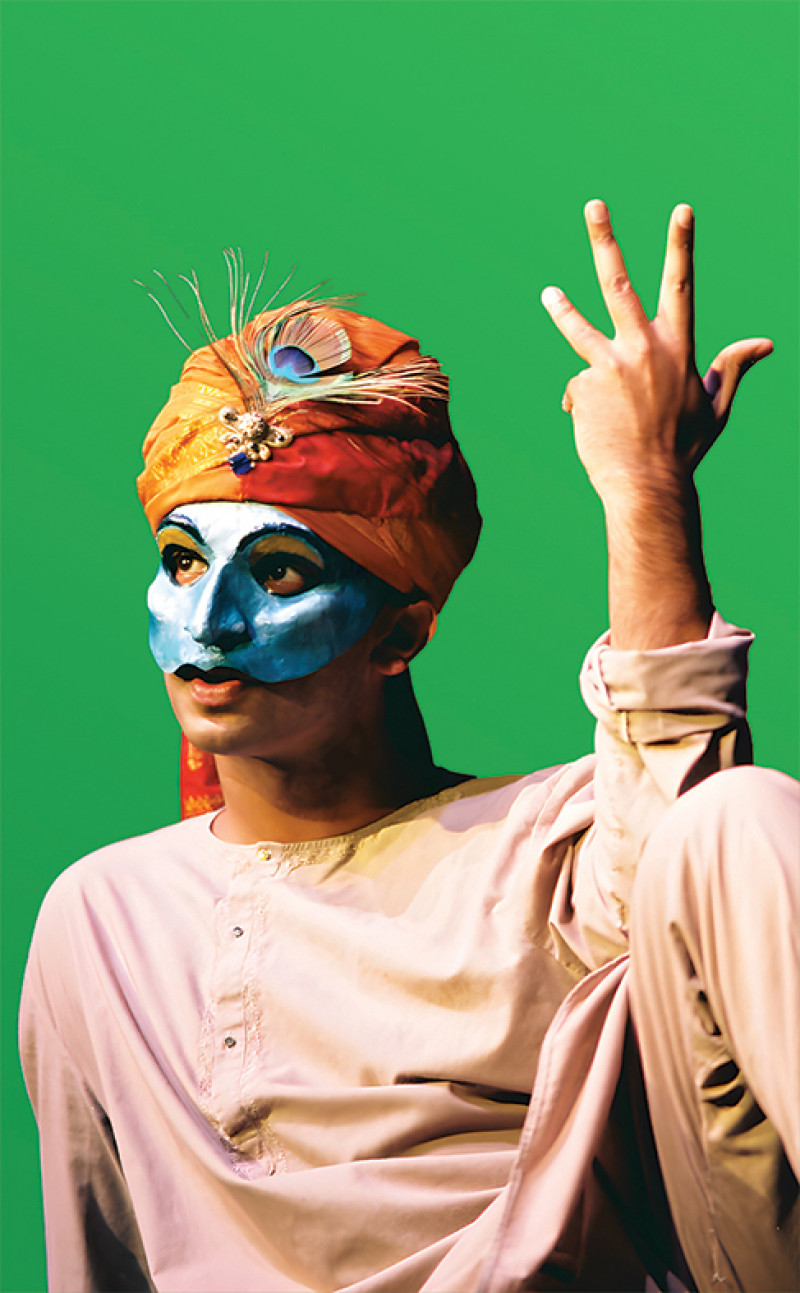 I have been lucky enough to see four Indian Ink productions in my time. I loved each one, and each increased my desire to see Krishnan’s Dairy, Jacob Rajan’s breakout solo work that helped launched the prolific theatre company 25 years ago.

With this year’s TAHI New Zealand Festival of Solo Performance, I finally got the chance to meet Gobi and Zina Krishnan, a married couple from India who run a corner dairy here in Aotearoa. Rajan plays both characters, as well as Shah Jahan, the Mughal emperor who commissioned the building of the Taj Mahal to house the tomb of his wife Mumtaz Mahal. Krishnan’s Dairy entwines the two stories to show that epic love isn’t only found in epic places. Equally, it nestles in the small stuff: the silly squabbles, the safety of home, and the little shops that stock far too many Minties.

Rajan uses half-masks to glide effortlessly between characters. I say glide because even though he often changes masks in full view of the audience, with the exception of the stunning reveal of Mumtaz Mahal (costume design by John Verryt, mask creation by Justin Lewis), blink and you’ll miss it. In the scenes where the transitions are made a deliberate focal point (a hilarious rapid-fire dialogue between the Krishnans for instance), none of the illusion is suspended, none of the magic broken. In fact, it’s all the more marvellous to see the mechanics at play. Gifted doesn’t come close to describing Rajan or director Justin Lewis, who shapes the building blocks of Krishnan’s Dairy with the hands of a master craftsman.

Verryt’s set design shines in a special interaction with the lighting design (original by Helen Todd, development by Cathy Knowsley) that helps us see beyond the veil. Rajan and Conrad Wedde’s compositions (performed by Rajan and Adam Ogle) include a sweet song that ties it all together in a satisfying instance of ring composition. All of these elements take us even further into the magical realm. The result is an unforgettable, inimitable work of theatre that deserves all the acclaim it’s received – and then some.