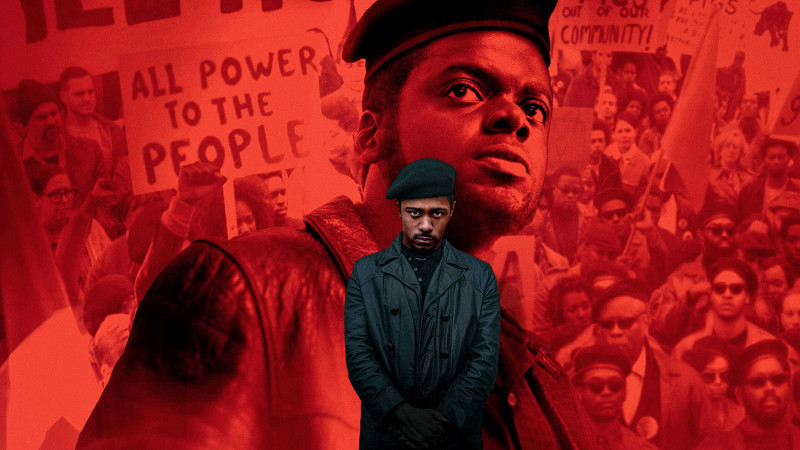 Judas and the Black Messiah

Biopics are my least favourite genre. Their plots tend to read like a list of bullet points that I would lazily skim through on Wikipedia on a dusty Sunday morning, so focused on being educational that they forget to be entertaining. Judas and the Black Messiah, however, not only manages to teach, it inspires and, above all else, oozes entertainment from every frame.

In late-1960s Chicago, Bill O’Neal (Lakeith Stanfield) is arrested after impersonating an FBI agent to hijack a car. Instead of throwing him behind bars, special agent Roy Mitchell (Jesse Plemons) makes him a deal – infiltrate the Illinois chapter of the Black Panther Party and deliver information about its revolutionary chairman, Fred Hampton (Daniel Kaluuya), in exchange for a clean slate.

Right from the electric opening long take capturing Bill’s crime, we learn this will not be a simple sit-down history lesson. We are then thrown into the deep end when he is hired as an informant, firmly setting a tone that rests somewhere between Malcolm X (1992) and The Departed (2006). Director, writer, and producer Shaka King’s words are raw and real, and the actors are committed to delivering them authentically.

For Stanfield, this means sputtering dialogue through an ever-present veil of paranoia. As Bill gets closer to the chairman, even he cannot deny the power of this man and his unifying message, and thus his guilt grows like a stretched rubber band waiting to snap. Kaluuya pays respect to the Black revolutionary he portrays, his performance measured, sincere, and touching.

The Black Panthers have long been falsely portrayed as terrorists in American media. King balances a gripping story of coercion and betrayal with one about a political revolution, making sure to emphasise Hampton’s efforts to feed the starving children of Chicago and end infighting by forming a multicultural Rainbow Coalition. Judas and the Black Messiah makes a persuasive argument that Hampton’s name should be known worldwide alongside the likes of John Lewis and Martin Luther King Jr.

The film’s potency boils down to a willingness to take creative risks. It’s a type of bravery that I believe will inspire other filmmakers for years to come.