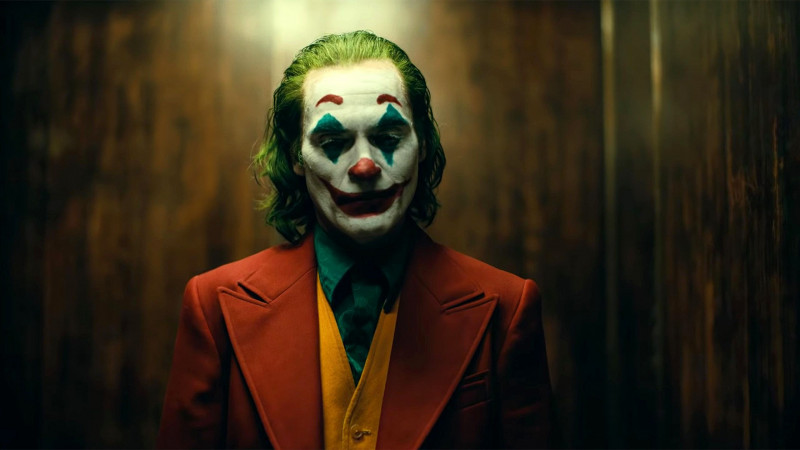 Just as I thought we’d reached the peak of what a cinematic Joker could be, Joaquin Phoenix and writer-director Todd Phillips delve into an entirely new interpretation with a supremely focused character study that effectively disturbs and distresses.

Arthur Fleck (Phoenix) is scraping by in the bowels of Gotham City’s underworld, struggling to care for his mother while suffering from mental illness and a condition that causes him to laugh uncontrollably in times of discomfort. Arthur becomes further unhinged as his world continues to alienate him, and he begins to embrace the comedy he sees amongst the violent madness.

The Joker is a wonderfully adaptable character. He can function as a clown, a murderous psychopath, or a combination of the two. He is rarely portrayed realistically, and the mystery that clouds the character’s origin has enthralled fans for almost 80 years. Phoenix transforms over the course of the movie and we feel the danger intensify from frame to frame. Fleck begins as an outcast, misunderstood and abused. Once liberated, we see his body language and vocal cadence change organically as Phillips’ direction allows us to empathise with this disillusioned man.

Joker finds strength in its disconnection from the books that inspire it, which I say as a huge fan of comics. This is not a Batman story, and this Joker more closely resembles Travis Bickle than any previous iteration. Phillips unashamedly taps into influence from Taxi Driver and the style of Martin Scorsese, rediscovering a tone that mainstream theatres have been missing.

While the influence is there it isn’t a crutch, as the writing, direction, editing, and breathtaking cinematography (we can almost feel the grime on Gotham’s streets) support the weight of Phoenix’s masterful performance. A special mention must go to Robert De Niro as talk-show host Murray Franklin; his timing and prowess shine more in the short time he spends on-screen here than in any of his recent performances.

My eyes have not been glued to a screen like this in quite some time. I’m already itching to experience it again.