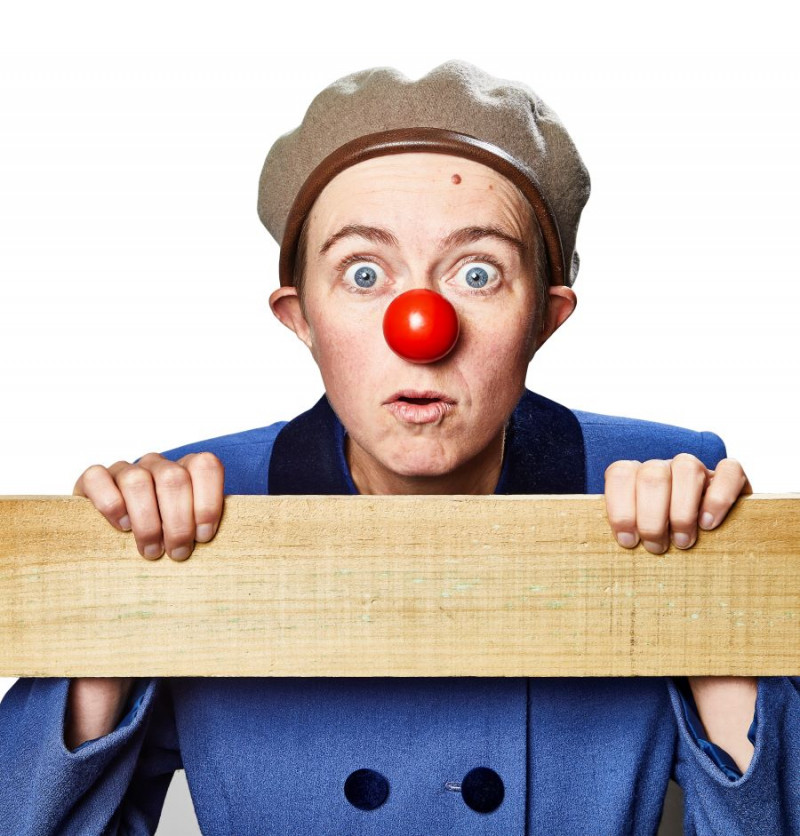 I went into Jofus and the Plank knowing absolutely nothing about what it is, what it’s about, and what I was in for. This show is a showcase of the best of clowning. The audience is strapped in for a wild, story-time-like show as told by Jofus (played brilliantly by Lily Fish) and her best friend: a plank of wood.

Jofus’ story involves her preparing food for her uncle coming over, when all of a sudden she must run away from The Big Bad Wolf.

The stage is bare and the only prop is a plank of wood. Fish never lets go of the plank and is touching it always. The game for the majority of the show is simple: how many things can Fish turn the plank of wood into? And the result is a marvellous array of everyday household items, The Big Bad Wolf's tongue, and even parts of Jofus’ absurdly tall apartment building.

The plank of wood is not the only thing that constantly changes on stage. Fish convincingly shifts into different characters throughout the performance. Fish manages to not only change characters seamlessly, but also change characters while being Jofus as well.

Fish works in a Family Guy cutaway style skit within the show, delivering a hilarious commentary on the struggles of making a Fringe show. The structure of the show was a miss at times. Some gags and jokes were maybe repeated one too many times, and at the climax of the show it dragged on a bit too long.

This is a masterclass in clowning. Fish is a master in this and, along with director Kimberley Twiner, they have crafted an excellent and entertaining piece of theatre that is a joy to watch. Going on the journey with Jofus was a blast and had me smiling from ear to ear. Twiner and Fish are definitely ones to watch out for.