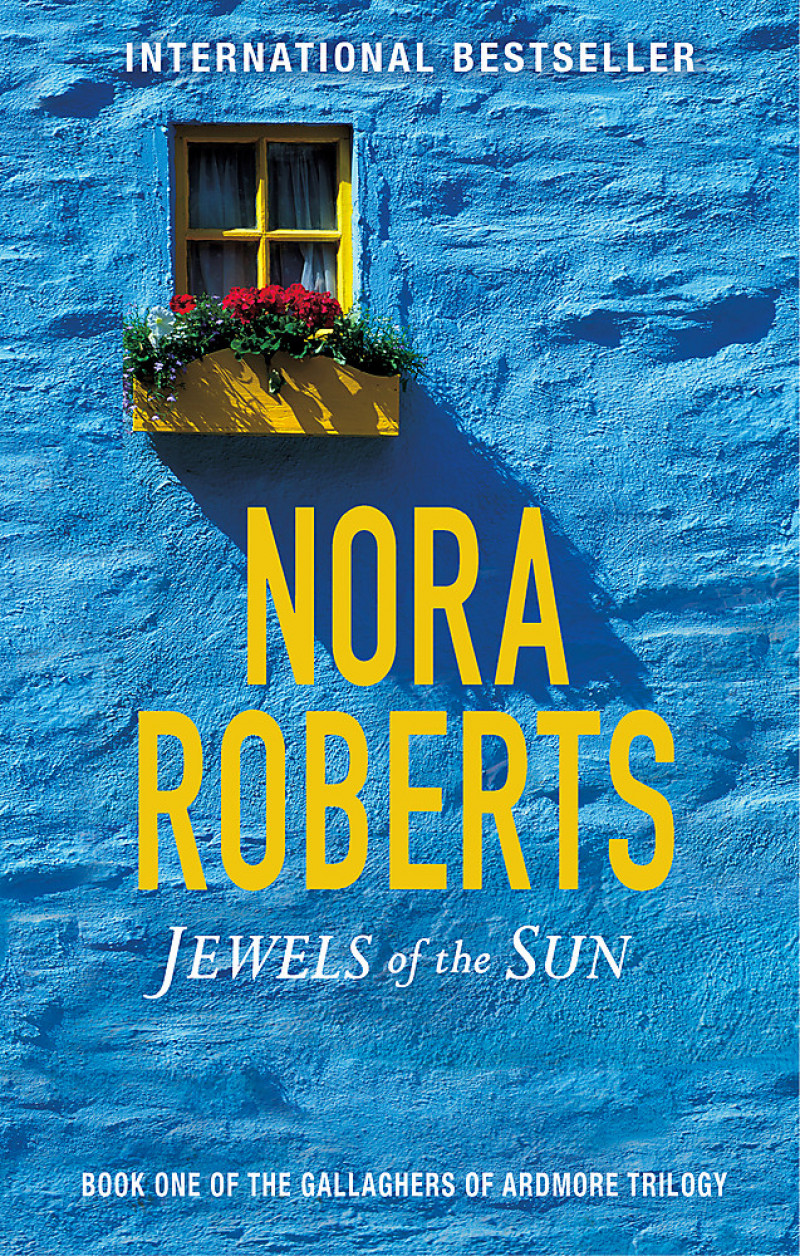 Jewels of the Sun

In the first of three books about the Gallaghers of Ardmore, Nora Roberts awakens our imaginations with Jewels of the Sun.

Jude F. Murray was a level-headed, stable, and predictable psychology college professor who was stuck in routine life until she abruptly quit her job and decided to take a trip to Ireland, where her roots are. Jude’s husband – oh, correction – ex-husband, had asked for a divorce just eight months after getting married. When she made the life-changing decision to quit her job and travel to a country she’d never been, she felt like she had finally lost her mind.

Jude decided to work on a paper that combined her work and her roots, while taking the time to clear her mind and maybe even find herself.

“You didn’t tell me the cottage was haunted.” Gran had told Jude about Lady Gwen and her Faerie lover Garrick over a set of tapes and letters and shared more Irish folklore that had been passed down from generation to generation. Being logical, Jude brushed it off as just another old story, but thought it might be interesting to follow up on some of the stories from the locals.

One local, Aidan Gallagher, had offered to tell her as many stories as she wanted. Aidan was the owner of Gallagher’s pub, passed down to him from his parents. Little did she know what fate had in store for her and how truly magical the Faerie Hill was.

Jude thought she had it all and had a good life – until she really started living.

Roberts’ book is full of magic, passion, love, friendship, culture, and courage. I fell in love with the magical folklore and the power that it held amongst the locals, as well as the courage of one woman who gave it all up and found herself and true happiness for the very first time. Prepare to be enchanted!