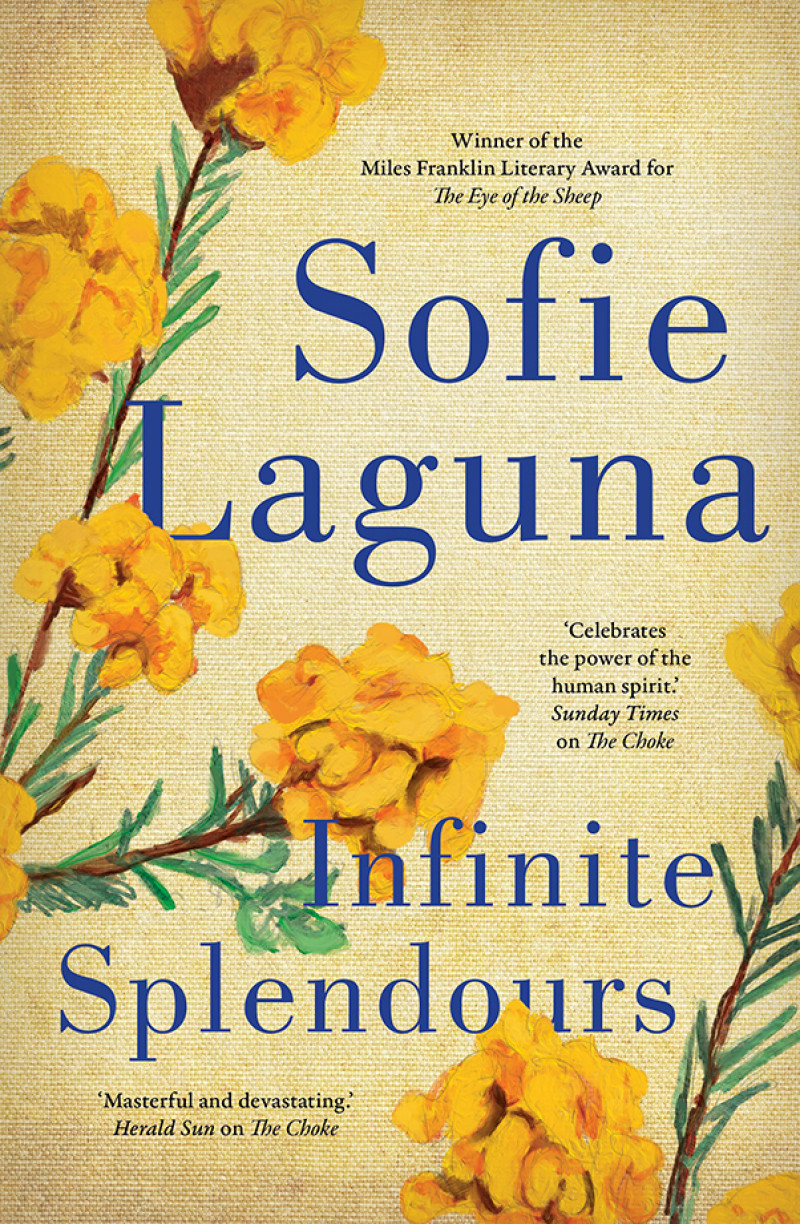 I cannot decide if I hate the main character of Infinite Splendours, or if I simply hate the author’s talent in making me love him.

Sofie Laguna writes in the same way the protagonist, Lawrence, draws and paints: poetically and eloquently, as though magic happens every time a new word is formed or a new landscape painted.

This devastatingly beautiful story allows readers to grow with Lawrence, from the age of 10 all the way through until he is an old man, feeling his every thought and emotion as he loves, learns, and suffers. As a child with a bright future ahead of him, and every talent under the sun, Lawrence experiences an unimaginable trauma. Readers are confronted with every dark detail as Lawrence is groomed and raped by the uncle he once admired. From then, Lawrence changes, suffering an anxiety that prevents him from speaking, socialising, and even growing in the ways the other kids do.

Laguna’s words convey powerful themes through their symbolism, repetition, and artistry. She has a way of presenting her readers with a struggle that Lawrence himself faces regularly: being stuck between two extremes. Lawrence, rocking back and forth for comfort, often finds himself comparing dreams and reality, and trapped between his lost ‘boyhood’ and being a ‘man’. I, a reader, find myself questioning morality; good and love versus evil and hate. As Lawrence’s mother thought he was just like his uncle, as he grows, Lawrence’s scattered thoughts take him to dark and questionable places. I’m forced to think he might be just like his uncle after all. We learn to love Lawrence, wanting to comfort him, feeling heart-broken when he is hurt, but we are also aware of his troublesome and distressing desires; do they make him a bad person, or just a broken one?

The beauty of Infinite Splendours is in its nuance: its ability to have me feeling one way while also feeling the complete opposite. From the first page, Laguna’s exquisite words draw me in, and though distressed, I can’t stop reading.