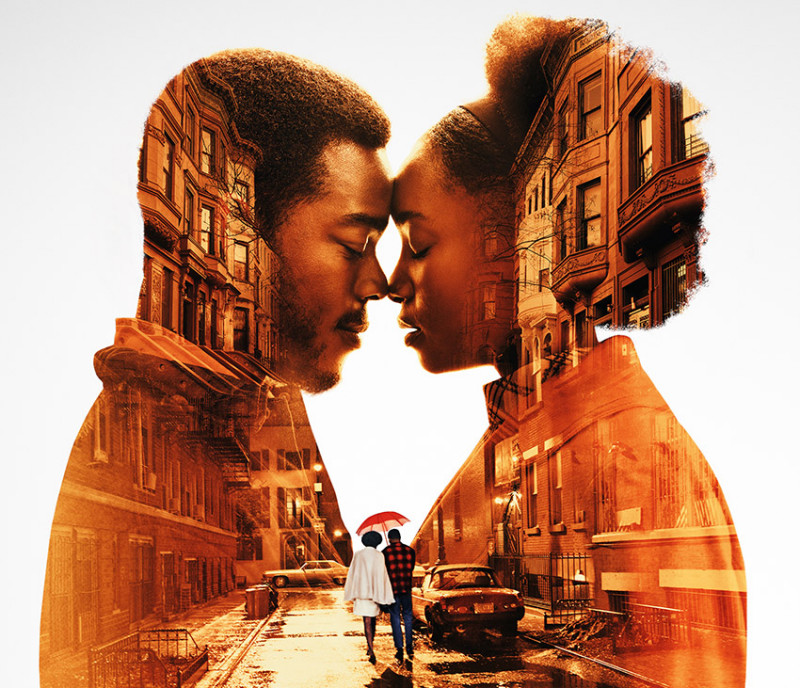 If Beale Street Could Talk

Director Barry Jenkins’ Oscar-winning film Moonlight was one of the best films of 2016. Based on the James Baldwin novel of the same name, his follow-up If Beale Street Could Talk is softer and less art house, but is no less insightful on love, community, family, and racial hatred.

19-year-old Tish (KiKi Layne) and 21-year-old sculptor Fonny (Stephan James) are hopelessly in love. Dreaming of a modest life together, their biggest problem is that they can’t secure a New York City apartment from racist landlords – until Fonny is arrested for a crime he didn’t commit. A rape victim was coerced into picking him out of a line-up, so he’s chucked in the slammer with little hope of release. At the same time, Tish discovers she is pregnant.

The movie opens with a quote from Baldwin, explaining the origins of the novel’s title. Beale Street is a historically significant street in Memphis, and according to the author, is the symbolic birthplace of all Black Americans. Thanks to Jenkins’ gorgeous use of colour, slow motion sequences, and Nicholas Britell’s swelling score, the idea of legacy is evoked again and again. At times, If Beale Street Could Talk is more like a visual poem than a movie. But I’m not complaining; it’s beautiful.

And besides, there’s plenty of compelling action to drive the narrative. In a superbly shot scene starring Brian Tyree Henry as Fonny’s old friend Daniel, Henry delivers a stomach-roiling, eerie monologue on the horrors of incarceration. A climactic scene where Tish informs Fonny’s horrible “holy roller” mother (Aunjanue Ellis) that she’s expecting provoked gasps from the audience. And Regina King (Tish’s mother) more than earns her Best Supporting Actress Oscar in a sequence where she talks to Fonny’s alleged victim, begging her to recount her testimony.

If Beale Street Could Talk is a brilliantly gentle, bittersweet movie that handles big ideas of humanity and prejudice with grace. It might have received fewer accolades than Moonlight, but it’s a worthy addition to Jenkins’ oeuvre.