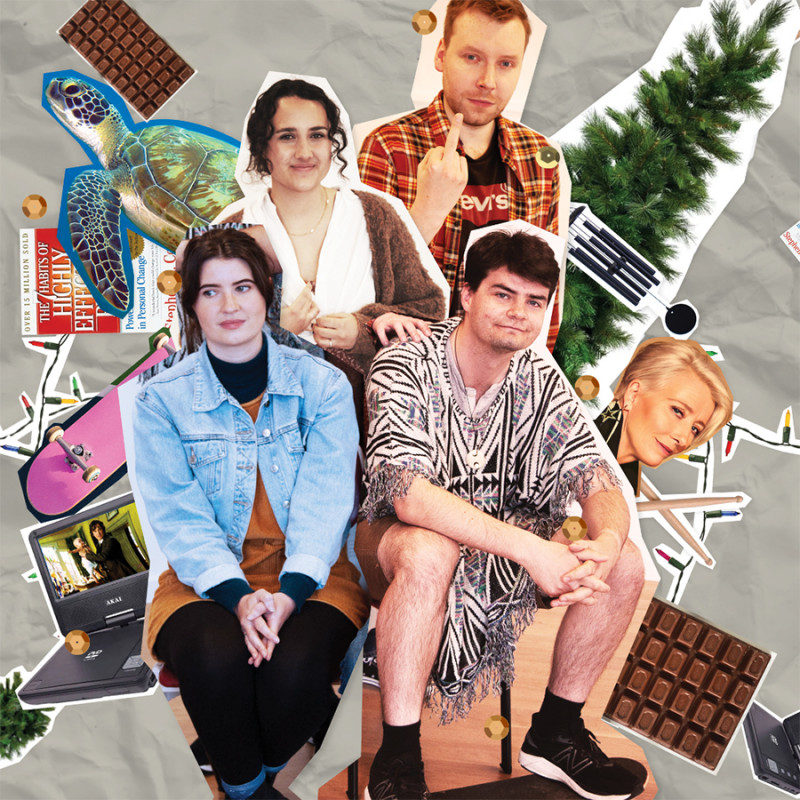 Having seen Homemade Takeaways performed as a rehearsed reading at Circa Theatre last year, the chance to see a fully fledged production was an opportunity I couldn’t pass up. Much of the cast and crew remain with three of the four main actors reprising their roles. This is a good thing as the quality of performance is top-notch and the actors are demonstrably comfortable within their characters and each other.

Ben Wilson’s comedy-drama set in an unspecified South Island town deservedly won Best New Play at Playmarket’s Playwrights B425 2020 and was shortlisted for the 2021 Adam NZ Playwriting Award. It’s an awkward family Christmas as a Dunedin-based drummer (Dryw McArthur) suddenly uproots his job and city to return to the family home where his recently dumped self-help expert of a sister (Kate Johnstone) is quietly self-destructing. Their young stepmother (Tabatha Pini-Hall), a primary school teacher who is trying to write dark children’s fiction, has recently inherited the house and her 31-year-old, skateboarding, Emma Thompson-obsessed man-child bestie (James Cain) is sleeping on the couch. Overlaying each of their individual traumas is a shared patina of grief for a lost father and husband.

On paper, it seems like a doom-laden mix, but this play is funny with Cain’s character often providing comic relief as the tension builds to a metaphorical and literal storm on Christmas Eve. It’s ultimately uplifting as they somehow manage to make each other feel less alone.

All up, this is an excellent show with stellar acting of a great script supported by sharp production values.