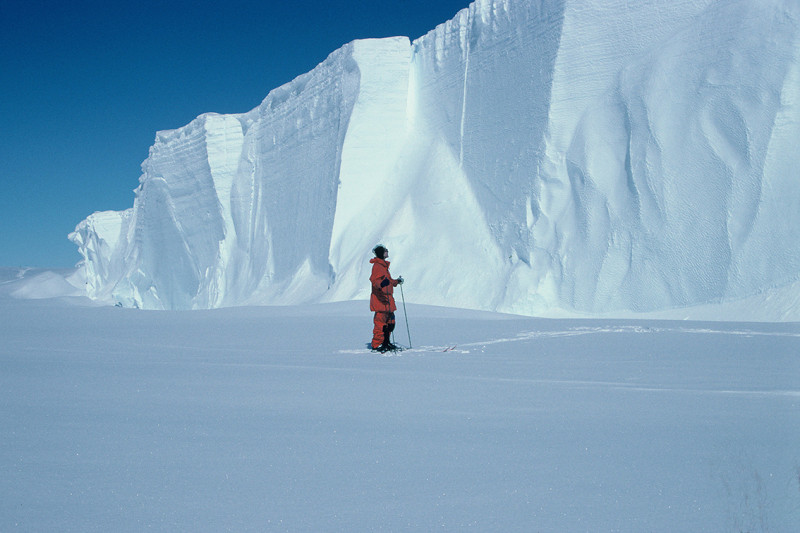 Charting the seas of global panic and individual turmoil, HOLE sets the viewer on an educational yet thrilling voyage. With director David O’Donnell at the helm, HOLE leaves an impression on everyone in attendance.

HOLE traverses the delicate ice of both Antarctica and the political atmosphere of 1986. The show is set in the climate of the following: portions of Antarctica are being fought over by various countries, Greenpeace radically works to undermine such debates, and just to add more chaos to the world, the ozone layer has been found to have gaping holes that leave everything to the mercy of the Sun. To say the world of HOLE is chaotic is an understatement. However, Lynda Chanwai-Earle has written it in such a way that the viewer can not only clearly follow the plot, but also enjoy a full immersion into it.

The clever sound design (Phil Brownlee) and Gareth Farr’s composition works with the lighting design (Tony Black) to help guide the viewer throughout the various shifts in setting. These are vital to HOLE’s success as a story that leaves the audience thinking, but not entirely confused.

The performances of the cast members are nothing short of spectacular. I am convinced that Stevie Hancox-Monk left me with whiplash from her incredibly impressive shifts in character. Elle Wootton ensnares characters and audience members alike with her impassioned performance. And it can go without saying that the reach and command Sepelini Mua’au’s performance has over the audience is a wonder to behold. Under Carrie Thiel’s direction in intimacy and fighting, a consistent level of professionalism is achieved by all performers.

At its core, HOLE strives to illustrate the ongoing struggle of humankind; our inability to unite for common causes. Its reality was one lived differently but felt in common by everyone in the world. There is much we can take away from HOLE, especially during 2020, and that in itself is a reason to see it.