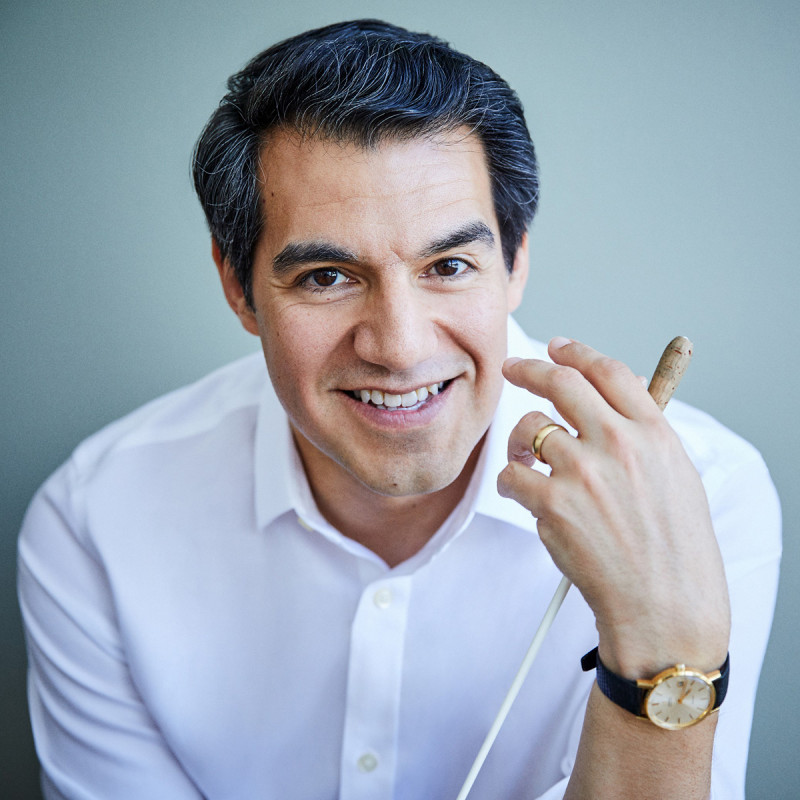 The combination of a Mahler symphony portraying a 19th century child’s view of heaven and a contemporary, symphonic tone poem depicting a Californian shoreline made an interesting juxtaposition in this Heavenly programme.

After Tumblebird Contrails I reflected on the way our subconscious shapes our later encounters. Gabriella Smith’s composition quite definitely evoked the natural world she wanted to express. Her orchestration cleverly conveyed birds in the air, creatures in the sea, environmental degradation and distress. My memory of a California coastline slipped comfortably into hers and my knowledge of the damage we are doing to our environment was reflected to me in her music. I once walked the long, relatively undeveloped San Francisco shoreline from the Golden Gate Bridge to the city. Smith took me back, with fresh eyes, to the late summer light, the sandy, gritty, stony beachfront, and a familiar and foreign environment.

Gustav Mahler’s Symphony No. 4 in G Major was quite a contrast, from environmental beauty and doom to the heavenly life. In four movements, the symphony follows a classical form and makes the most out of the multi-tonal possibilities of the orchestration. The lower strings were incredibly solid and supportive. I’m always up for a good cor anglais moment and in the third movement Michael Austin delighted me as expected. The performance overall didn’t feel quite as polished as usual – professional musicians are as tired as the rest of us after another unusual year and they have numerous performances scheduled around the motu in the weeks before Christmas.

In the tradition of keeping the best till last, soprano Madeleine Pierard brought her tremendous voice to the stage. Mahler wrote the song Das himmlische Leben a decade earlier than his fourth symphony and it fitted wonderfully into his final movement. Pierard’s voice was absolutely right for the picture of heaven and heavenly life he wanted us to see.