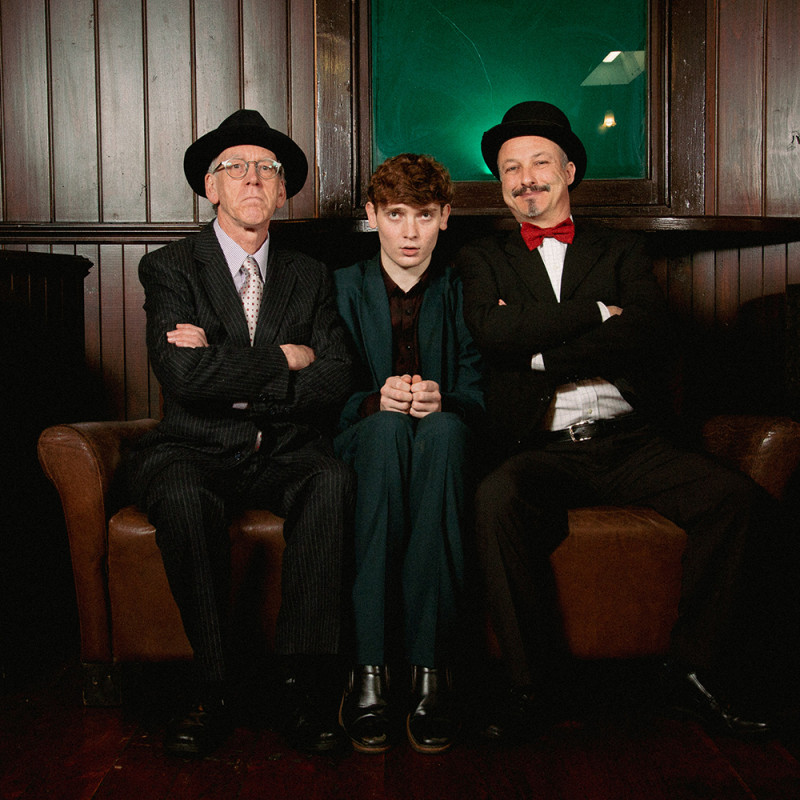 Written by the man responsible for Seven Psychopaths and Three Billboards Outside Ebbing, Missouri, I knew Hangmen would be dark. But I certainly wasn’t expecting the side-splitting humour, nor the pathos lurking beneath shades of grey in this disturbingly entertaining rollercoaster ride executed to perfection by Stagecraft Theatre. ‘Scuse the pun.

I can’t begin to express how talented this cast is, with Hart in particular hitting every single beat while crafting his own with the help of formidable director Andrew Cross. Hart has the best sense of timing for black comedy that I’ve ever seen. O’Grady leans into the narcissistic elements of Harry beautifully, creating a protagonist I sometimes dislike more than Mooney. The snivelling Kenward Parker is another standout, eliciting sympathy for Syd that turns out to be quite unwarranted. I’ll have that sympathy back, thanks. And as our punters, Cozens, Bell, and Mawer bring out the heartiest laughs of them all.

Special mention to the elaborate set (Amy Whiterod) and Tanya Piejus’ sound design, which amplifies the tension with transitional music we all hum along to before being smacked in the face by the next scene.

Wow. Just wow. I’ve got no other words except… Go. See. This. Production.