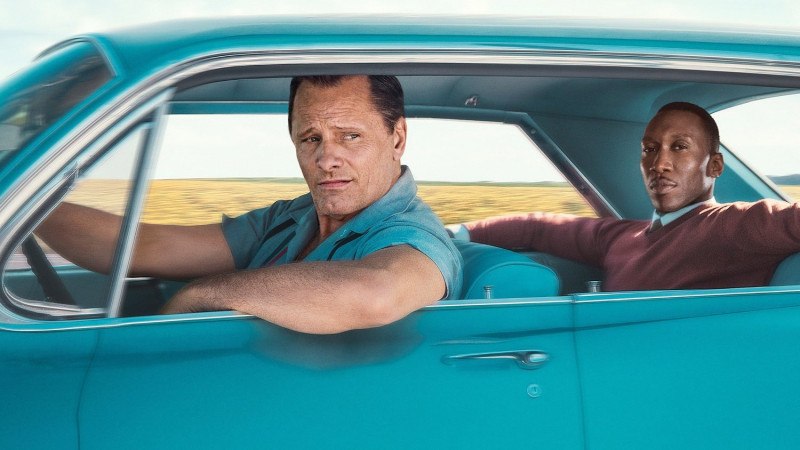 The Golden Globe-winning film is essentially a buddy comedy, based on real events. The classically trained jazz pianist Dr Don Shirley (Ali) is embarking on a tour of the South in the Jim Crow era. As a Black man, he knows the trip could be perilous, and so he hires Italian-American Tony ‘Tony Lip’ Vallelonga (Mortensen) to be both his driver and bodyguard. While ‘the Doc’ is highly educated and a bit uptight, Tony Lip is a boarish chatterbox who eats whole pizzas folded over like a sandwich. Over the course of their eight-week sojourn, the two very different men learn to like each other.

Directed by Peter Farelly (There’s Something About Mary, Dumb and Dumber), Green Book is best when it’s funny. Ali and Mortensen play off each other wonderfully when stretching the outer limits off their characters – the scene where Lip convinces the grease-averse Doc to try fried chicken for the first time, for example. Mortensen is also to be applauded for his incredible commitment to the role (he must have packed on 20kg in his belly alone), and for breathing a rich inner life into Lip.

However, the film’s view of racism is pretty rosy; it’s posited as a past tense problem rather than something that continues to oppress millions of Black Americans. The Green Book that the title refers to is a publication detailing which motels, shops, and roadside diners would welcome ‘coloreds’, and which it would be best to avoid. It’s a relic of an overtly racist past – it almost seems ridiculous now, alongside smoking inside and segregated restaurants. Green Book points to those things as evidence that we’ve changed.

But have we? Thanks to the current President, the pain felt in America’s minority communities in 2019 is hot and angry and urgent. This kind of filmmaking, in these times, feels insultingly reductive. Green Book wants to make you laugh, cry, and forget about America’s racism problem for a couple hours. And that’s okay. But I think it’s high time for the more difficult conversations.