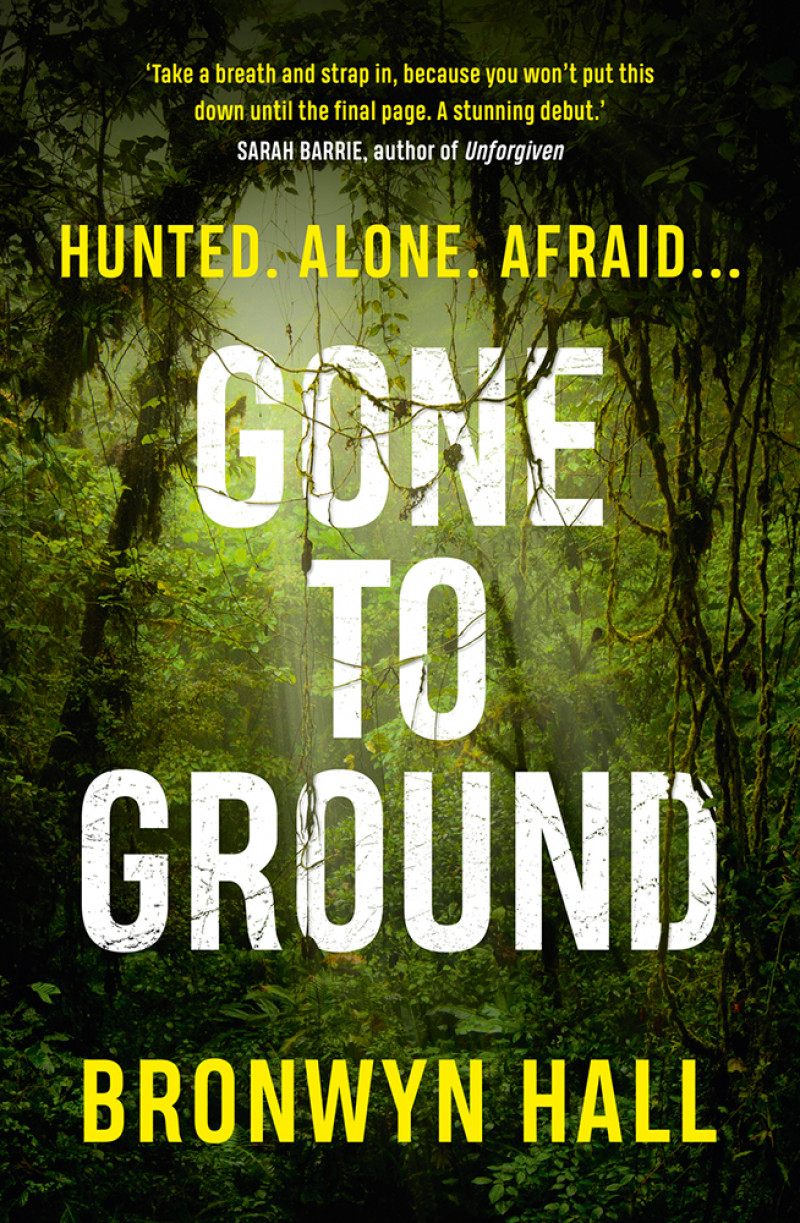 Being dropped in the middle of a war zone would not be a picnic for most people, but for United Nations surgeon Rachel Forester it’s all part of the job. So when she’s asked to travel to a mobile hospital in the Democratic Republic of Congo, she doesn’t hesitate.

While originally there to simply administer some vaccines, things take a turn for the worse when armed rebels risk finding them, and with no air support Rachel must ‘go to ground’ in the Congolese jungle to survive. Thankfully she’s not alone and is accompanied by a group of three soldiers, who we soon discover have another mission in mind besides escorting Rachel to safety.

What makes Gone to Ground such a compelling read is the story being told. Like all good authors, Bronwyn Hall transports her readers into her narrative and gives them a taste of what the characters are going through – in this case, armed conflict. I could actually feel the tension ramp up as things really hit the fan, and found myself eager to find out what would happen next.

Rachel herself is a great protagonist and while she seems like a fish out of water at first, it becomes clear that there is more to her than meets the eye. It would have been so easy to make her the classic clichéd damsel in distress like so many other novels, but instead she’s written as smart, resourceful, and stubborn, standing her ground when she sees something that she doesn’t like or agree with.

The book has a bit of everything: adventure, danger, intrigue, and even romance, which I thought was a bit odd given the circumstances. However, as a reader not into their romance novels, I get that this is a ‘me problem’ and I wouldn’t consider it a negative when it comes to this book.

Bottom line, if you want a bit of excitement with a fun and realistic heroine, then look no further than Gone to Ground.