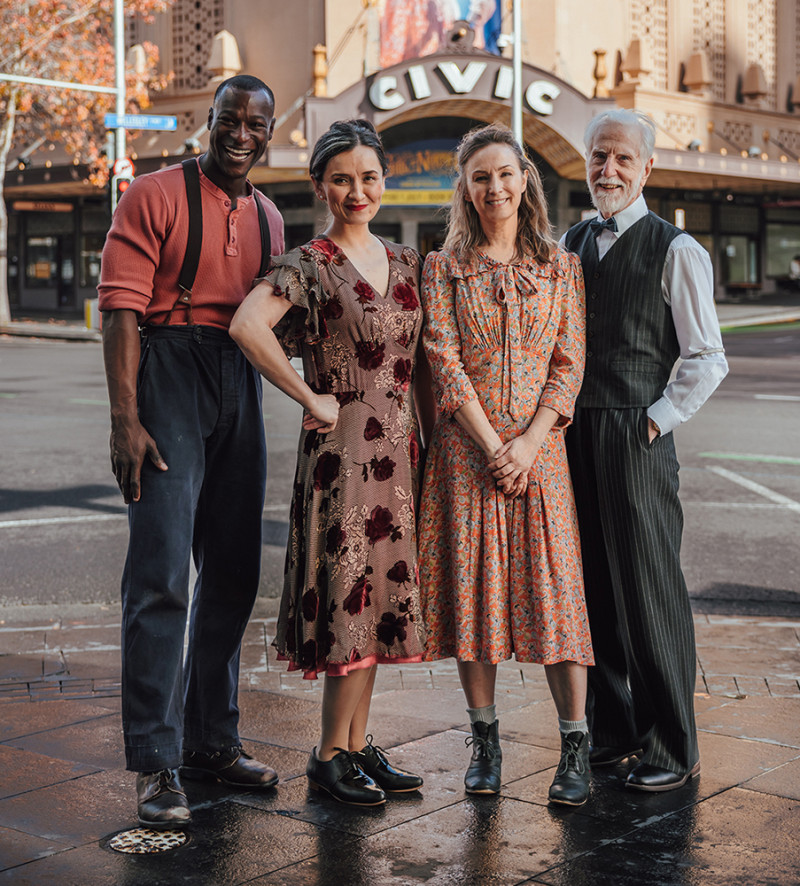 Girl From the North Country

Music and lyrics by Bob Dylan

Girl From the North Country weaves more than 20 Bob Dylan songs into the lives of 13 wayward souls living through the Great Depression in Minnesota, 1934. Nick Laine (Peter Kowitz) and his wife Elizabeth (Lisa McCune), who suffers from dementia, their alcoholic son Gene (James Smith), and their adopted, pregnant daughter Marianne (Chemon Theys) live in an old guesthouse. Characters from all walks of life wander through: the formerly wealthy Mr and Mrs Burke (Greg Stone and Helen Dallimore) and their son Elias (Blake Erickson), who has a cognitive disability; the widow Mrs Neilsen (Christina O’Neill); the corrupt Reverend Marlowe (Grant Piro); and a young boxer by the name of Joe Scott (Elijah Williams). Narrating the crossroads and intersections of their lives is the Laine family physician, Dr Walker (Terence Crawford).

With so many characters to factor in, some storylines aren’t revisited and don’t resolve – like an instance of blackmail against Mr Burke and the ill-fated love of childhood sweethearts Jean and Katherine Draper (Elizabeth Hay). Nevertheless, I’m invested in everyone onstage. Some characters I hate, like the predatory Mr Perry (the oft-hilarious Peter Carroll), while some I love – especially Elizabeth thanks to McCune’s brilliant comedic timing and vocally unbelievable performance of Like a Rolling Stone.

Vocally unbelievable suitably sums up the entire cast and ensemble. Theys’ Tight Connection to My Heart (Has Anybody Seen My Love?), Williams’ Slow Train, and O’Neill’s Pressing On leave me shaking my head in disbelief, while Erickson’s Duquesne Whistle is both shocking and phenomenal.

The production strikes an interesting balance between the over-the-top stage theatrics that come with a show of this scale, juxtaposed against a neutral, grubby palette and of course, the pensive poetry in motion of the great Bob Dylan. This results in moments of softness and stillness that I often crave but rarely get from a big Broadway musical.

Girl From the North Country paints a deeply affecting portrait of loss, hardship, and resolution – humanity’s innate capacity to persist, survive, against bleak odds. I’ll remember it for years and years to come.