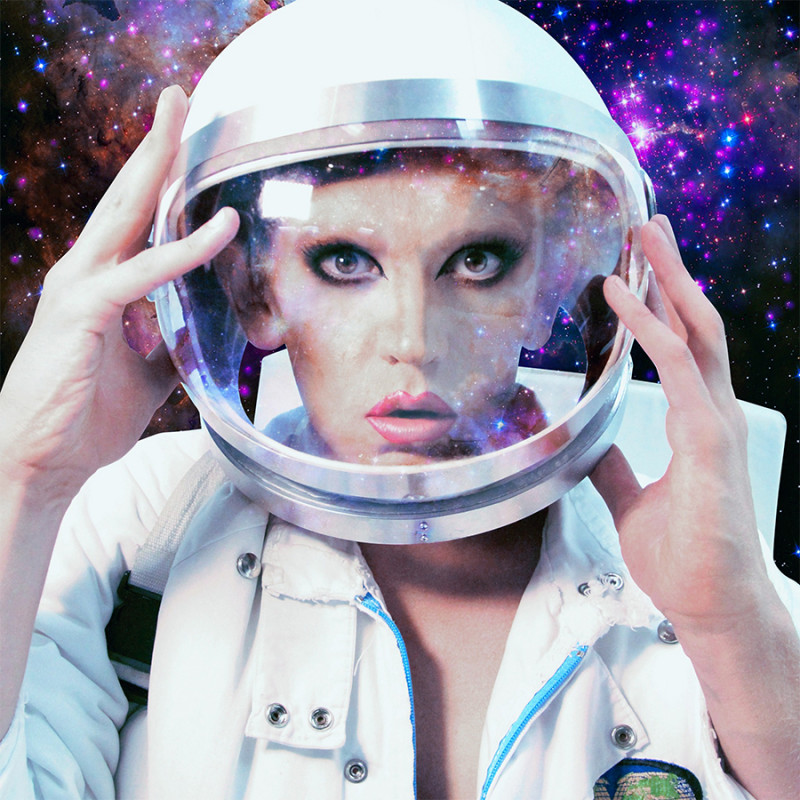 Gnoagh McGower (Daryl Wrightson), a straight-seeming NASA employee, is getting ready for the first all-gay space mission to probe Uranus. He is joined by Brahim Akbar (Zak Enayat), a model who believes the stereotype that he’s good-looking but stupid, and Dayj Cheeseman (Chris Parker), an ultra-camp social media addict who’s doing it all for Instagram. Also present on their suspiciously penis-shaped rocket is Sexbot (Blaise Clotworthy), who quickly becomes the subject of much jealously among the three astronauts.

On their seven-year journey to Uranus, they fend off a glamorous asteroid (Tom Sainsbury), have a Grindr date with a big-bottomed, bright pink alien called Zabian (also Sainsbury), and suffer space-induced conditions such as moonface and loss of bone density while all sharing the same bed. When they finally arrive at their destination, all is suddenly not what it seems.

These narrative shenanigans are accompanied by catchy, clever, and well-executed songs (Jason Smith), a highlight of which is the title track which my friends and I find ourselves singing in the foyer after the show. We also laugh like drains at the deliberately awkward rhyming of ‘love’ with ‘approve’.

The cast clearly enjoy performing this show and all deliver it with polish and energy. Special mention must go to Clotworthy whose beautiful singing voice, strong dance moves, and ability to create a fully rounded and sympathetic character from a robot are a standout. Sainsbury also showcases his enviable versatility in a variety of supporting roles.

Designer Molloy does a great job with the set and lighting, which are uncomplicated but appropriately spacey and effectively support the action on stage.

A quirky, fun, laugh-out-loud musical with a twist, Gays in Space does much more than just provide “great escapism”, as claimed in the programme. It also highlights with genuine pathos the pains, pressures, and prejudices faced by gay men as they navigate their lives and is all the stronger for it.