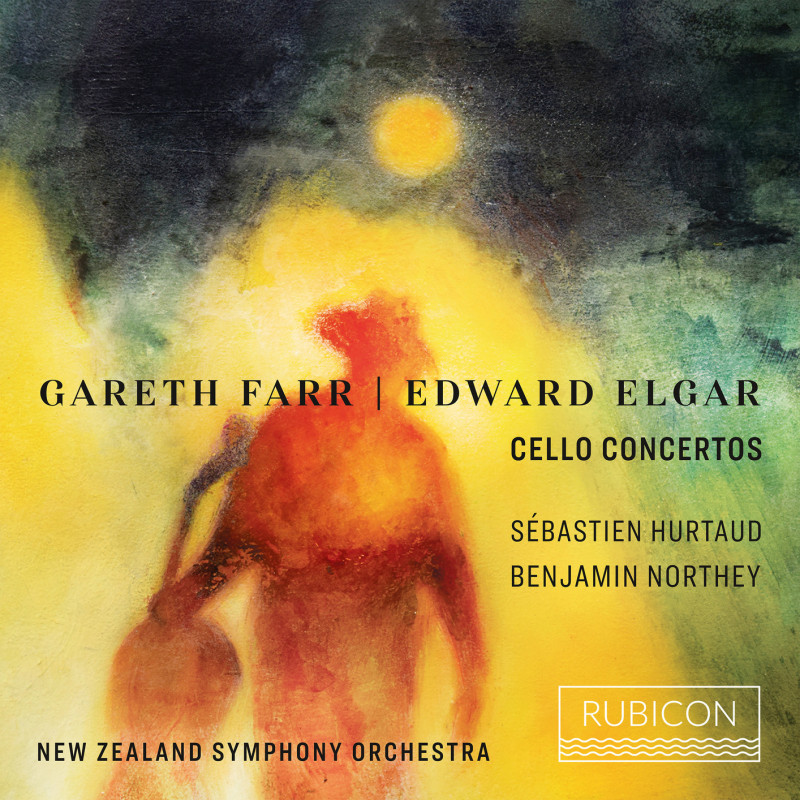 It’s a clever idea to juxtapose Elgar’s Cello Concerto alongside this new work by composer Gareth Farr, for now, we can compare pieces written a century apart but both framed by the horrors of World War I.

Knowing the Elgar Cello Concerto well made me turn to Farr’s interpretation first, and I confess to having a book of war poems at hand as a guide. Owen, Sassoon, and Graves all wrote works that reflected not only the horror of war but also the peace when artillery stopped for the day. No birds sang in that leaden silence. Farr’s inspiration for the work came from knowing that three of his uncles had died in the Great War. Then there is substantial evidence that Elgar’s Cello Concerto was inspired by the loss of Elgar’s first love Helen Weaver’s son in WWI.

Farr has captured this aspect superbly. This was a time when German composers were given short shrift by the BBC and concert halls. In its place rose a British patriotic style of music incorporating the folk art movement of William Morris.

Known as the English Nationalist School or the English Pastoral School, it’s a theme that I hear throughout, even though Elgar was not of that discipline. Still, the scholarship argument remains for this reviewer.

Farr’s work is called Chemin des Dames (Pathway of the Women), a romantic notion of a road between two palaces that was also the site of a horrific battle during the war. That one can write music that turns very subtly from an idyllic impression of verdant fields and farm workers toiling under the noon sun (and it’s about here I think of Ralph Vaughan Williams’ Oboe Concerto in A Minor), to that of a vision of carnage and suffering is remarkable to this listener.

In the hands of French cellist Sébastien Hurtaud and the New Zealand Symphony Orchestra under the baton of Benjamin Northey, the work is rendered noteworthy. One hopes that other cellists will add this piece to their repertoire.