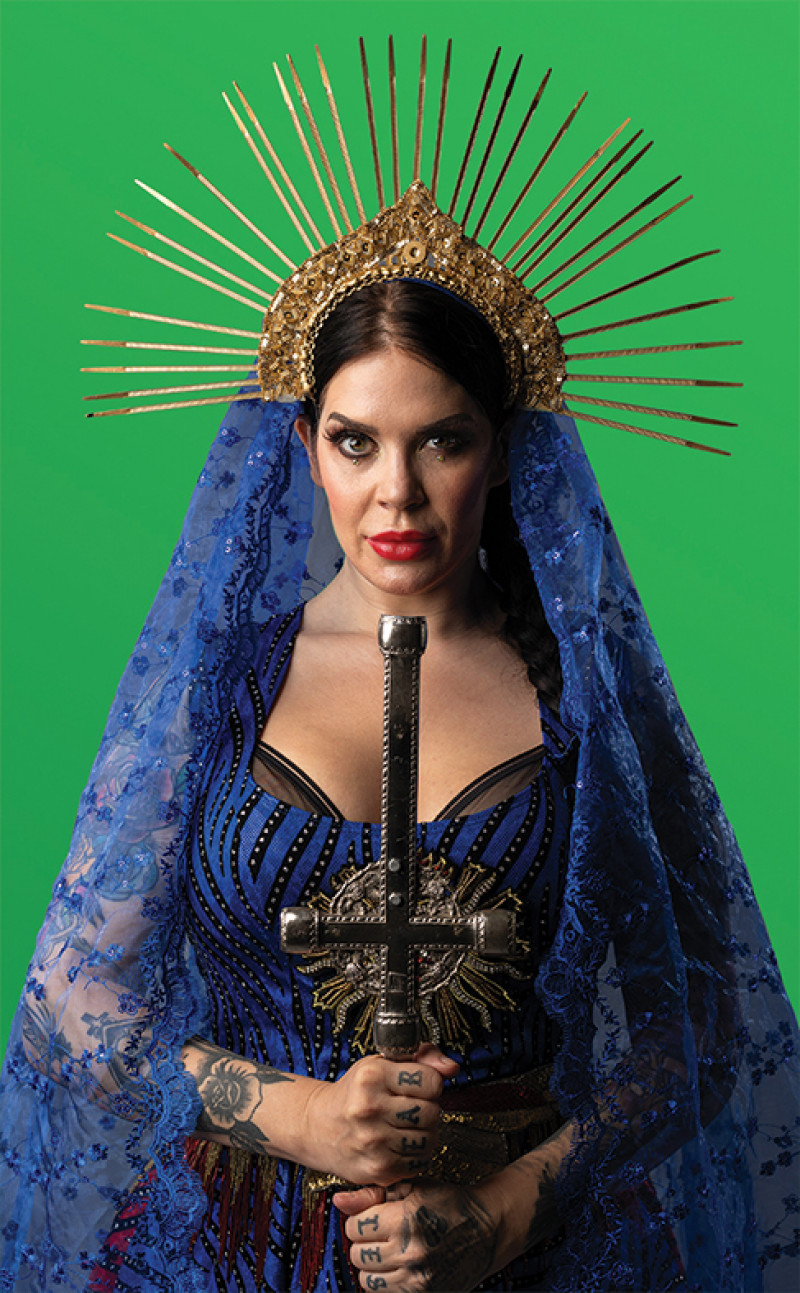 The atmosphere in the theatre is intoxicating as I take my seat for Gag Reflex, on as part of the TAHI New Zealand Festival of Solo Performance. Rachel Atlas takes centre stage, dressed to impress, and it’s absolute chaos from then on.

From New York to London, from pornography to family heartbreak, Atlas leads us on a wild ride through her life in any number of flabbergasting professions. She goes through more costume changes than I can count, all designed by Go Go Amy and all flawless. The scenography team of Bekky Boyce and Erika Takahashi have also done a fabulous job with a simple yet effective stage setting.

The piece was produced by George Fowler, and that unmistakable Hugo Grrrl vibe is everywhere. However, this is Atlas’ story, and she claims the space as her own. Every audience member is on the edge of their seat, uproarious in their applause and laughter. Atlas is a born performer and welcome addition to the Wellington theatre scene.

Intertwined into death-defying circus acts and astonishing tales of sex work is a heartfelt message. Powerfully feminist and unapologetically honest, Gag Reflex is a tale of empowerment and autonomy told by a woman who has lived an incredibly full life. Atlas takes her own scandalous exploits and turns them on their head, seizing worth and control from those who would withhold them.

The show is by no means perfect. A number of knives miss their mark (non-fatally) and an unfortunate audio cue mishap steals part of the monologue, but Atlas takes it all in her stride. I question the necessity of ‘The Hand’, but it seems to garner the audience's favour almost as much as The Gimp. I leave the performance energised, elated, and with a strange sense of conspiracy; as though I’ve learnt truths I wasn’t supposed to. Though certainly not for the faint of heart, Gag Reflex is an absolute triumph.