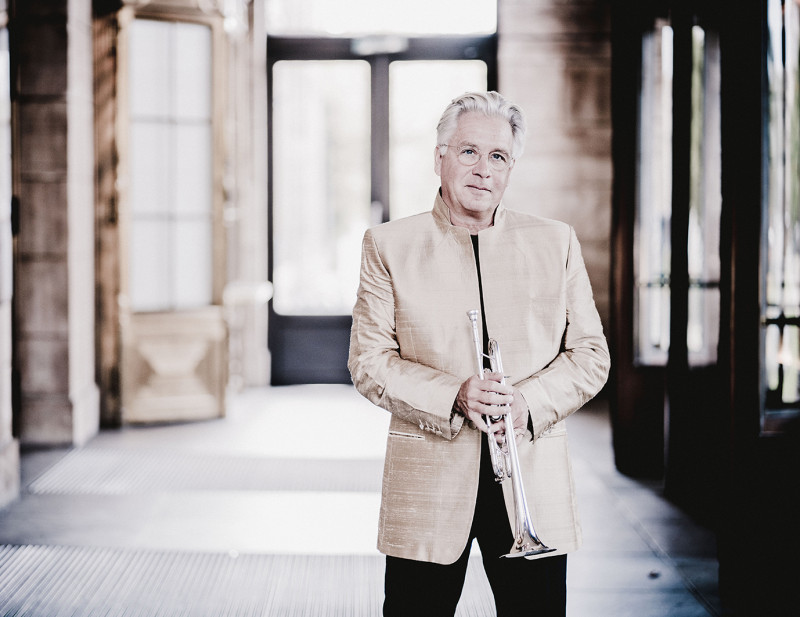 HK Gruber conducted the first half of this concert and composed two items within it. Born in Austria in 1943, Gruber turned away from the music of avant-garde atonal contemporaries, wishing to focus on music that would be accessible and less academic. Ironically, scores of NZSO subscribers gave this concert a miss, as they perhaps would a concert of those atonal contemporaries. They missed a lot of fun.

The concert opened with the mid-18th century Toy Symphony, whose composer is unknown. Included in the orchestra for this sprightly performance were toy instruments: a rattle, a whistle, a recorder, a triangle, and a discordant tooting horn.

Then came Stravinsky’s Circus Polka: For a Young Elephant. It was composed for a ballet for 50 ballerinas atop 50 elephants wearing pink tutus. We were without the elephants or the ballerinas, but it was not hard to imagine them.

Completing the first half was Gruber’s Aerial for orchestra and trumpet featuring Håkan Hardenberger. Apparently, Hardenberger was involved in the work’s development, demonstrating to Gruber what the trumpet could do. Hardenberger variously played the standard trumpet, a piccolo trumpet, and an archaic cow horn. Astonishingly, he also sang and blew notes simultaneously, each distinctly heard. Musically, the work contained some wonderfully unusual soundscapes, both delicate and dramatically jagged.

The classicism of Haydn’s Symphony No. 22, conducted by Hardenberger, was a welcome return to the known. The first movement is a miracle of measured beauty.

The audience loved the final work, Frankenstein!! Toy instruments featured again, including bursting paper bags and whirling hose pipes. The orchestra rose and sang at one point. It was a great piece of theatre with a mesmerising Gruber half singing, half speaking the lines of somewhat sinister children’s rhymes that referenced popular characters such as Frankenstein, Dracula, Superman, John Wayne, and Batman.

Not everyone’s cup of tea, this concert, but pretty amazing.