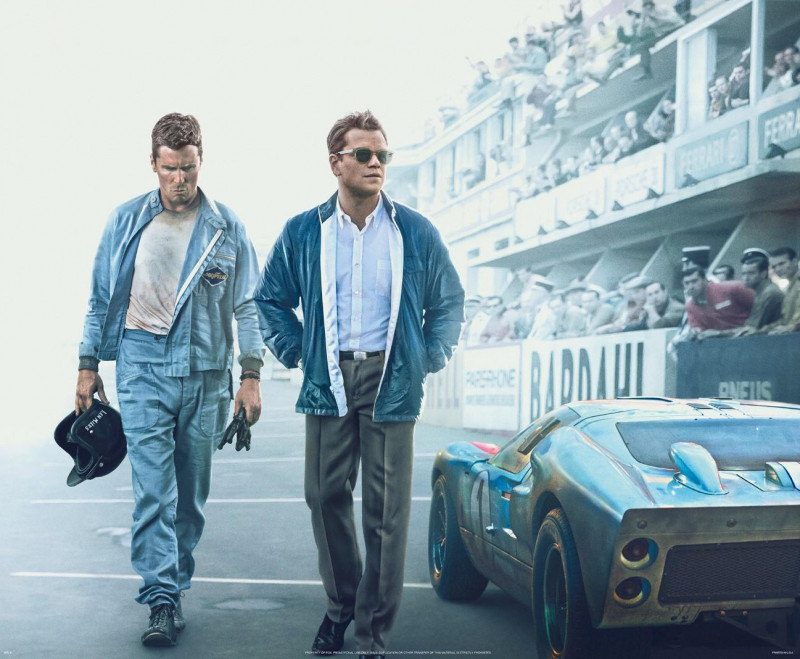 Director James Mangold takes a story reserved for car enthusiasts and makes its messages universal and its action tense, though a brighter light could have been shined on the multiple personalities that fuelled Ford’s historic battle with Ferrari.

In the 1960s, the Ford Motor Company is looking for a new audience and Henry Ford II (Tracy Letts) has his eyes on the 24 Hours of Le Mans race. Infuriated when Ferrari (who had won the previous six races) refuses to cut a deal with the American manufacturer, Ford throws money at Carroll Shelby (Matt Damon) to build a car that will defeat the Italians. However, Shelby must fight for his preferred driver Ken Miles (Christian Bale) to be behind the wheel.

Ford v. Ferrari excels where it should: the racing. The climactic 1966 Le Mans race is a true nail-biter that manages to capture the speed on the track and intensity of Miles behind the wheel. Well-paced and never visually confusing, Mangold, the man responsible for Logan (2017), solidifies himself as a formidable action director.

While Damon and Bale perform to their usual high standards, other characters are somewhat sidelined, which is a shame as many of them have a similarly crucial stake in the final race. The most developed of them is Henry Ford II, with Letts delivering the standout supporting performance. Miles’ wife Mollie (Caitriona Balfe), Ford executive Lee lacocca (Jon Bernthal), and Enzo Ferrari (Remo Girone) are characters that fall victim to this, even within a two-and-a-half-hour runtime.

Still, it was fascinating to explore the difficulty of engineering a car that could survive and win Le Mans, and the mindset of a determined racer. The film also cleared up a puzzling piece of history: how another Ford driver, our own Bruce McLaren, was declared the victor when he crossed the line at the same time as Miles.

While it doesn’t use its entire runtime wisely, Ford v. Ferrari is a thrilling film that a surprisingly wide audience will enjoy.