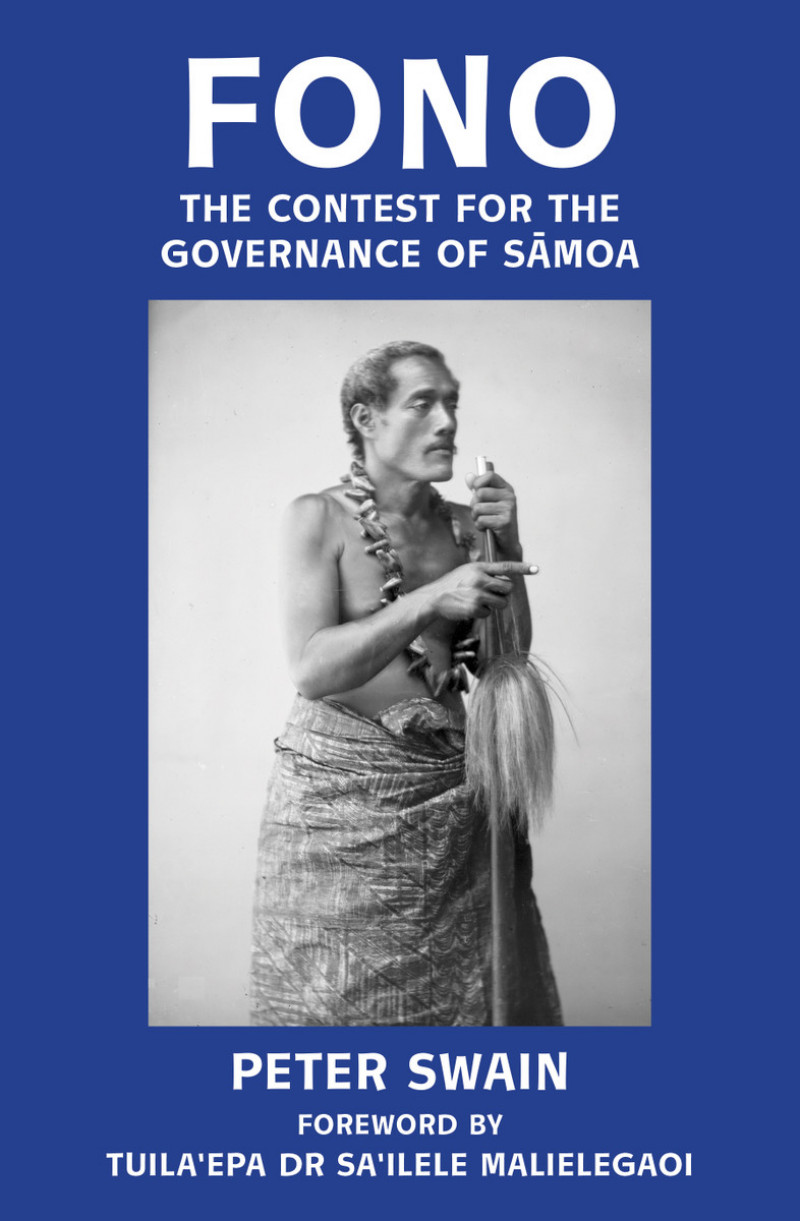 Fono – The Contest for the Governance of Sāmoa

This book embarrassed me into awareness of how little I knew about the island nation of Sāmoa – a nation that has fought long and courageously for an ideal form of governance for its people to live their own way of life. If you think that would be a relatively straightforward process, Fono will disabuse you.

Author Peter Swain had earlier collaborated with then-Prime Minister Tuila’epa Sa’ilele Malielegaoi on his memoir Palemia. The two realised the importance of placing the latter’s story in the context of Sāmoa’s political development since independence – and the importance of relating the story, previously recorded in obscure academic texts, in factually plain language. Hence Fono.

‘Fono’, both noun and verb, refers to ‘village council’ or ‘committee’ and describes how Sāmoans governed themselves in small communities. The Polynesian universe, centred on Sāmoa and Tonga, stayed happily in its subsistent way of life until disruption came in the form of European explorers, adventurers, traders, missionaries, and settlers.

Chapter 4: New Zealand Administration held the greatest interest for me. Germany gave up control of Sāmoa to the New Zealand military at the start of World War I, and consequently Western Sāmoa had its desire for self-governance postponed. It wasn’t until 1935 that the NZ Labour Party, led by Michael Savage, took power – something that marked a dramatic change of attitude to Sāmoa and its aspirations.

The arrival of American forces in Apia in 1942 coincided with a spurt in Sāmoa’s economy. Then Peter Fraser, Savage’s successor, visited the country in 1944 and listened to its grievances. American President Harry Truman, often cited as favouring the close of an era of colonisation, added his voice.

Fono is enhanced by the inclusion of vivid and telling photographs. But its greatest enhancement is the language in which its remarkable content is expressed. As a plain English proponent, I fully appreciated the elements employed by the writer to make his narrative easy to read: short sentences, easily comprehensible vocabulary, and proper paragraphing.