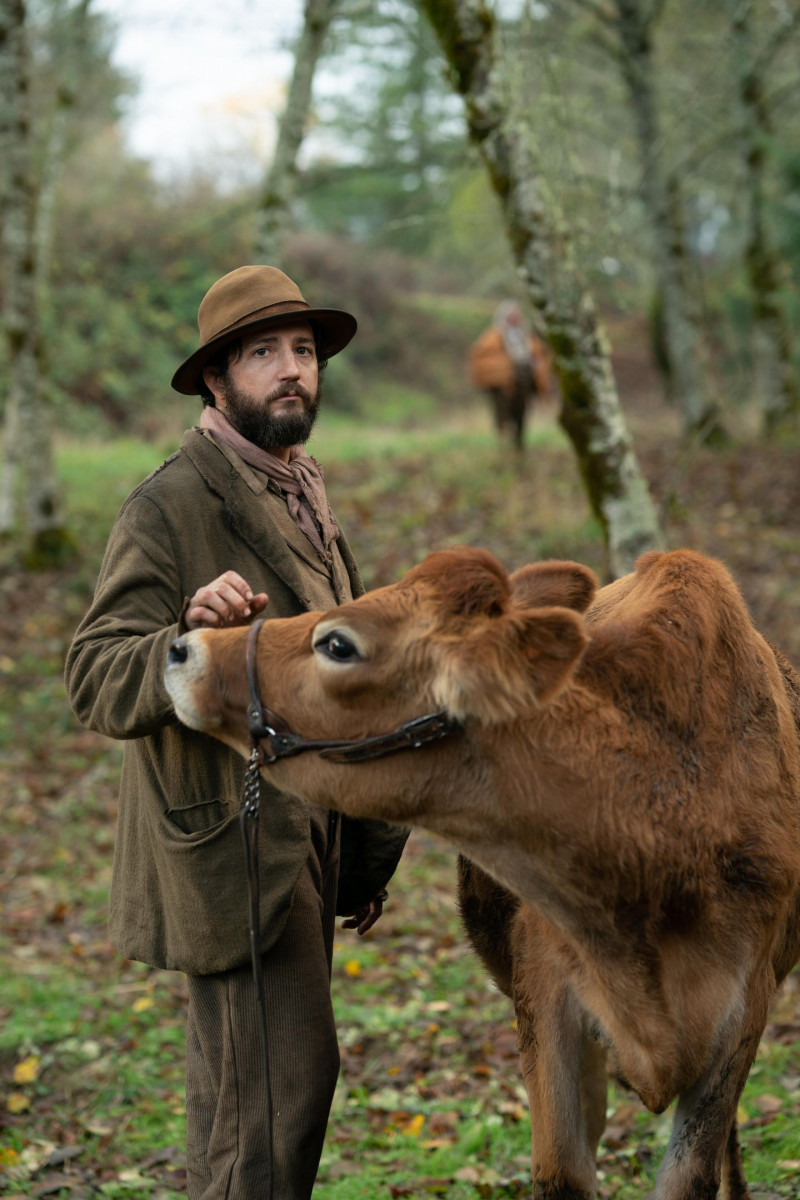 Director Kelly Reichardt shows that simplicity is not to be feared. First Cow gets to the root of human behaviour, all the while reaffirming our innate connection with nature. It refuses to get lost in plot, choosing instead to send us into a daze by letting the sounds and colours of the environment wash over us.

In the present day, a woman and her dog stumble upon two skeletons buried in a forest in Oregon. We return in the early 19th century, where Otis ‘Cookie’ Figowitz (John Magaro) meets Chinese immigrant King-Lu (Orion Lee) and aids him back to health. They soon reunite at a nearby village, where its richest resident, Chief Factor (Toby Jones), has just acquired the territory’s first cow. When Lu discovers that Otis can bake incredible cakes, he sees an opportunity for prosperity. All they need is some milk.

First Cow is unafraid of silence, or rather, it embraces the symphony of nature. Reichardt’s focus is connecting us with these characters, while in a way, the characters and their tale merely connect us with the Earth; Otis’ wardrobe, for example, seamlessly blends with his woodland surroundings. Decisions to shoot in a 4:3 aspect ratio and to allow branches or shrubbery to intrude in the frame show the director’s confidence and give the film its trance-like feel.

The story is meditative in a way few films this past year were, with the possible exception of Best Picture-winner Nomadland. The camera takes time to appreciate time-consuming tasks, until the home stretch when a sense of dread inevitably seeps in.

While part of me wishes the script allowed Magaro and Lee to grit their teeth a little more, the actors mine gold from the quiet bond between their characters. Jones delivers a standout performance as the wickedly snobbish Chief Factor. Watching our heroes screw him over time and time again never gets old.

First Cow is clear in its intentions, and whether you connect with them will be down to your own movie-going preferences. While it may seem light at first, it will weave its way into your mind and stick around for days.