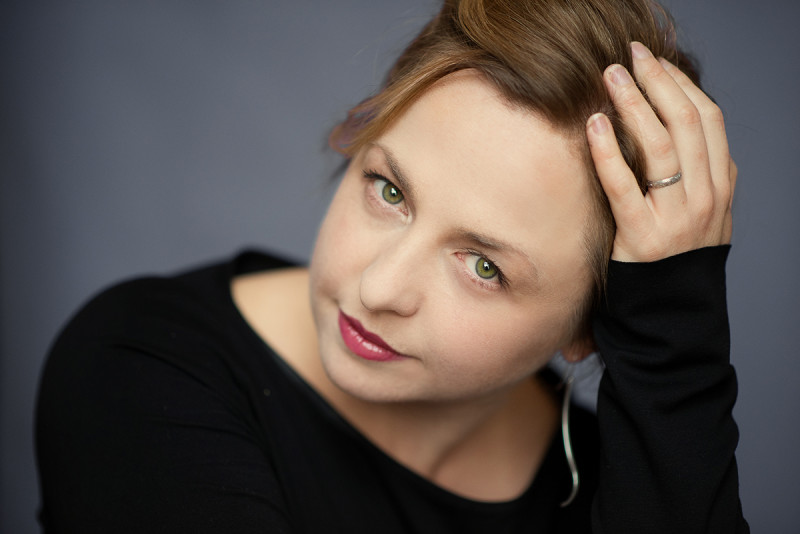 Holly Mathieson opened Fantastique with an enthusiastic, personal perspective on the programme and gave a helpful prompt that the theme was dreams. Having arrived too late to have read the programme notes, this was both very useful and an engaging insight into how she would be directing the performance.

Toru Takemitsu’s Dreamtime (Yume no Toki) made use of a rich variety of percussion and orchestration to create the dream experience and the orchestra gave it their all. I didn’t hear the same images Mathieson had suggested I might, and this served to accentuate the beautifully expressed and strong sense of how personal our dreams can be.

Dorothy Ker’s The Third Dream maximised the percussive possibilities of instruments. Ker’s piece was deeper and more menacing in tone than Takemitsu’s but there was no mistaking the dream context this time either. We are used to the sight of string players plucking at their instruments and sometimes using different bowing techniques, but Ker brought out the percussionist in unexpected places to great effect. The double basses particularly enjoyed their licence to slap, hit, and exploit some of the biggest sound boxes on stage.

Hector Berlioz challenged boundaries when he wrote his Symphonie Fantastique. The five movements describe a romantic narrative, episodes of the composer’s dream, a style which broke new ground in 1830. The treatment of the melodies, the orchestration, and the variety of effects Berlioz used to capture the mood and the story gave the NZSO musicians their chances to shine on the night. As ever, the playing was impeccable. Two harps, substantial brass and woodwind sections, and four timpani as well as many strings meant there were numerous examples of musical magic.

The last word is to congratulate principal bassoon, Robert Weeks. A very fine farewell speech from colleague David Angus told us Weeks is retiring but will continue to follow his dreams.