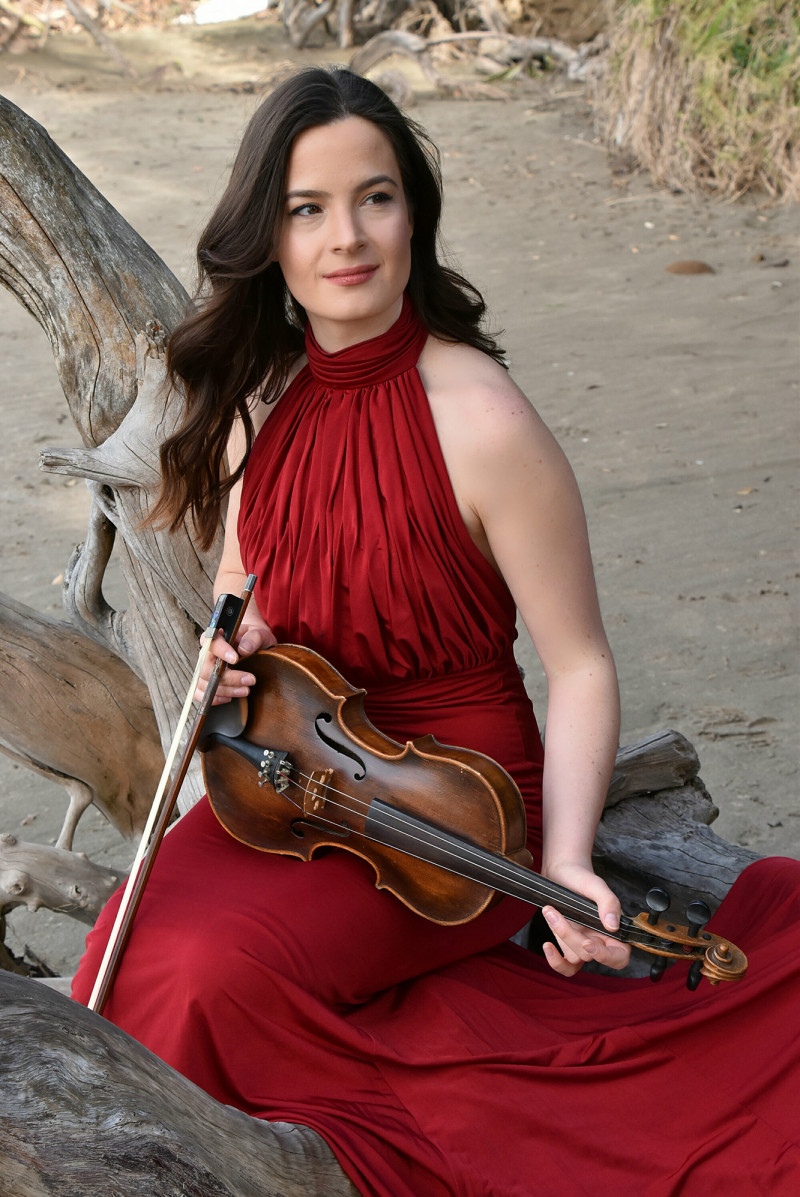 Fanfare for the Common Man

Orchestra Wellington’s large following is a well-deserved result of innovative programming, quality performances and a good deal of community outreach. As part of that outreach, the orchestra was joined by Arohanui Strings, a group of young people – some very young – from Wellington and the Hutt who are receiving a music education as part of a social development programme. They were a delight. There was one small girl in particular who looked as if she was on her way to rivalling Amalia Hall.

Hall, normally the orchestra’s concertmaster, was the soloist for Samuel Barber’s Violin Concerto. The first two movements of the Violin Concerto are reflective and melodious and demand expressiveness from the soloist. There are luscious moments for the oboe, clarinet, and horn as well. All the elements were there for these two movements, though I could have wished for a fuller, warmer tone from the violin or maybe a better balance between orchestra and soloist. The third movement bursts out in a storm of perpetual motion. Hall’s virtuosic performance of this movement was astonishingly well sustained throughout.

The other work on the programme was Aaron Copland’s Symphony No. 3. Like Barber, Copland was a mid-20th century American composer who avoided the more radical musical idioms of the day, Barber remaining essentially a romanticist and Copland focusing on conveying American ideals and spirit. If much of the Barber work was introspective, Copland’s work was quite the opposite. His intent was to reflect the feelings of optimism and positivity prevalent in the United States after the Second World War. It is a monumental work with a peaceful, almost dreamy start, progressing to passages of dashing exuberance and lyricism before arriving at the last movement that incorporates the theme of an earlier work, Fanfare for the Common Man, a clamouring, triumphant, and patriotic shot in the arm. Well done again, Orchestra Wellington.