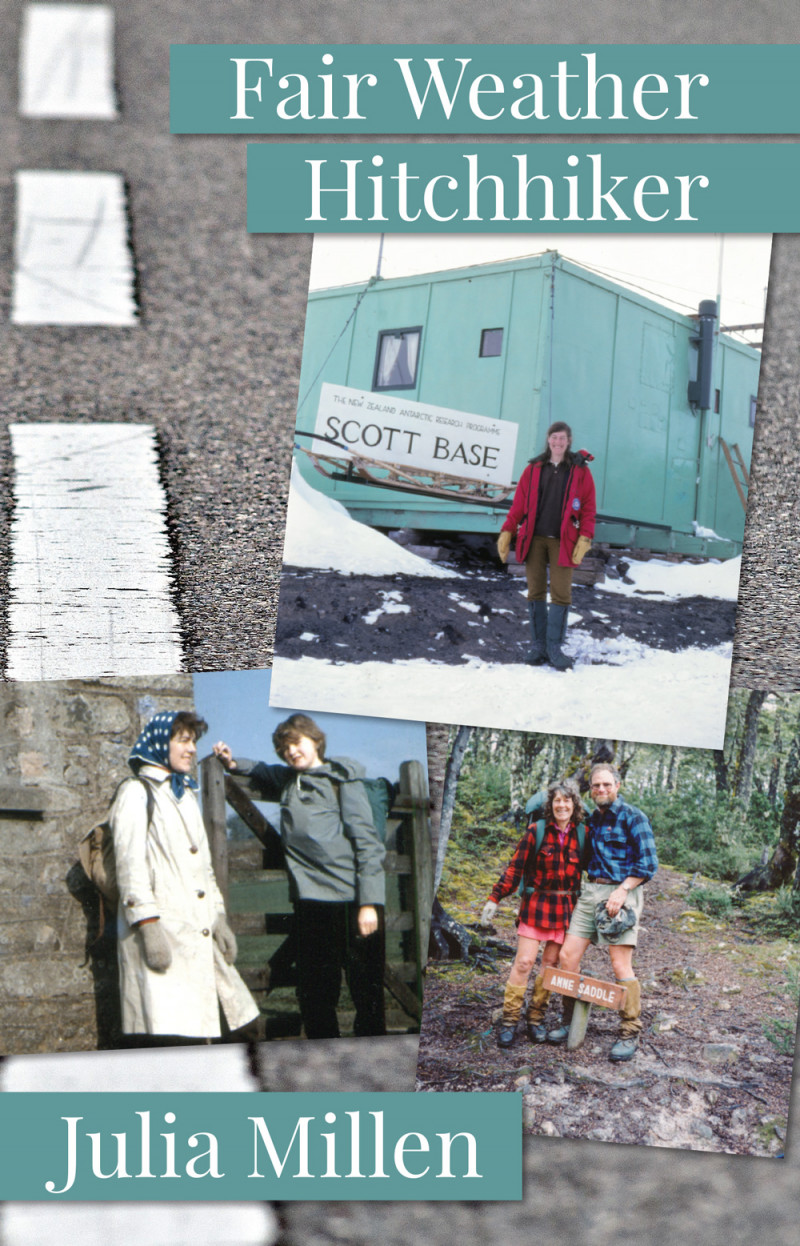 Julia Millen’s favourite childhood song was On the Road to Anywhere. It was a ditty that became the theme for a lifetime. Beginning with New Zealand and venturing later to Europe and South America, Millen clearly revels in her many and varied hitchhiking experiences.

There is much to be learned from this lengthy saga of her travels: not least survival tips for the tricky and challenging situations faced by those who choose to stick their thumbs out. I was relieved that Millen usually opted to hitchhike with two female companions – free spiritedness even of the 60s variety has risks attached.

There are tips of other kinds too and I found these entertaining. We learn where the Impressionists are hidden away in Paris, that the Swedes don’t go in for garden taps, and that in Greece you may get your hands rinsed with retsina. And I felt amusement mixed with memory-driven horror at our writer’s discovery that the Greek word for ‘yes’ is ‘nai’, pronounced confusingly like the English word ‘no’. Leads to all kinds of trouble.

Millen’s narrative is peppered with literary and classical references, due perhaps to her background in library work, though I suspect that many of them would be missed by millennials. The Hound of the Baskervilles? An Enid Blyton Mr. Plod?

Readers are also treated to the personal journey to, through, and eventually out of a first marriage – though quite why it was entered into in the first place is a bit of a mystery. Or is that the 60s again? And being married doesn’t seem to preclude hitchhiking adventures.

It’s only when back in New Zealand, after 20 years of thumbing her way around the world and a historic trip to Antarctica, that Millen finds her man – on the beach at Pukerua Bay. Should we be surprised that after following myriad “roads to anywhere”, her early inspiration to a heady, hedonistic life morphs into an acknowledgement that “There’s no place like home”?