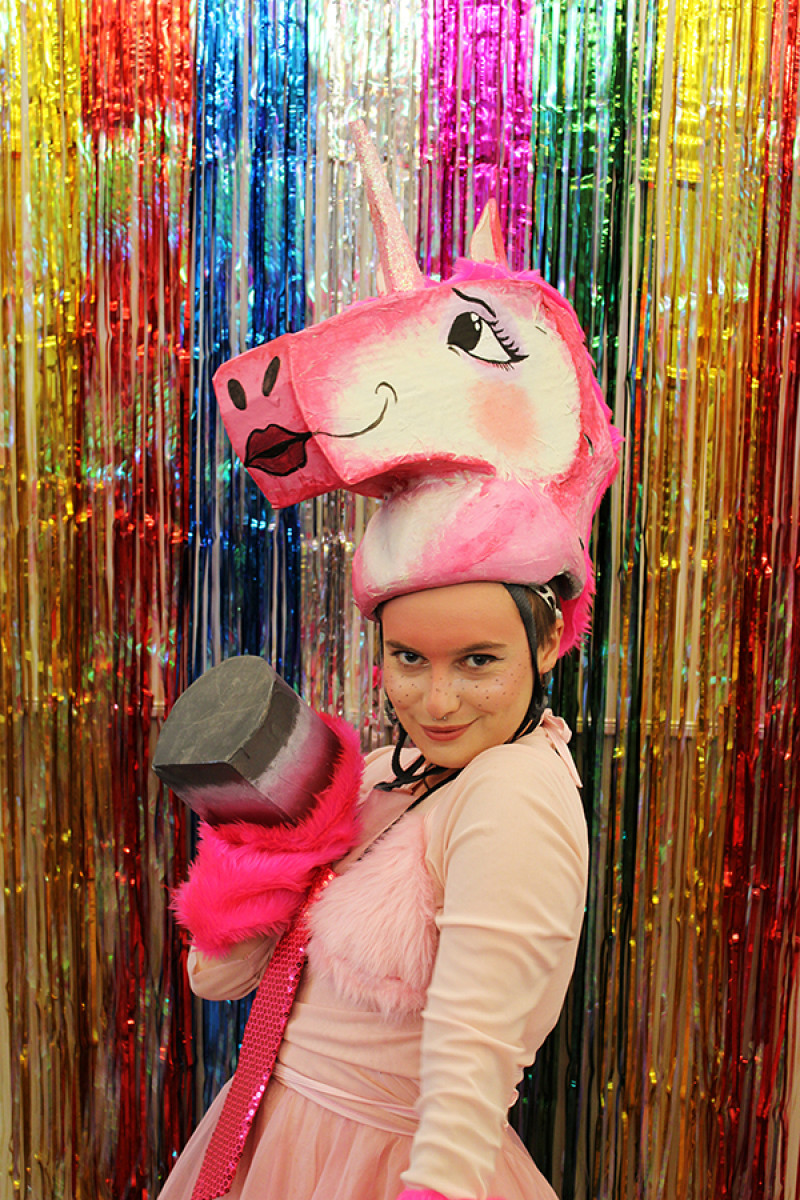 Sitting in the stalls of The Stage, being serenaded by a pair of cheerful musicians (Joe Raea and Eddie Kerr), I can’t help but wonder what we’re in for. A unicorn had just welcomed us into BATS. A pink one, in a fluffy bikini.

The costumes, designed by Salome Grace, are nothing short of extraordinary. Five unicorns, played by Ryan Cundy, Kate Anderson, Brendan West, Katie Boyle, and Grace herself, take the stage, each a brighter colour than the last. The gang is threatened by God’s great flood, but only two can join Noah (Tom Kereama) on the Ark. Once I’ve wrapped my head around the premise, I can start to appreciate the sitcom style. The commentary on Wellington flatting is on the nose but still relevant and grounded by Victoria Martin.

Unfortunately, act one ends before the unicorn plot fully concludes. The musicians return and transition us to the second story, a Law and Order parody involving salami-related murders, but I’m left wondering whether the two narratives are independent or not. The songs are good fun with some excellent punchlines, but Raea seems to lack confidence. He has a fantastic voice that would benefit from higher energy.

My admiration of the show’s design is only magnified with the appearance of Boyle as the Loch Ness Monster in the second act. Somewhere between costume and set piece, the two-person ‘puppet’ towers above her friends and delights the whole house with her shenanigans.

Fab Beasts is almost brilliant. The actors themselves are excellent and I can’t compliment the costumes (and whatever Ness is) enough. However, the storyline feels like an afterthought, hastily pulled together to accommodate unicorns and the Loch Ness Monster. The scenography is a mixed bag. Some moments are clean and effective, especially the fire alarm gag, but the blackouts are painfully abrupt. With a little polish and a rejig of the script, this could be a truly fabulous beast of a show.