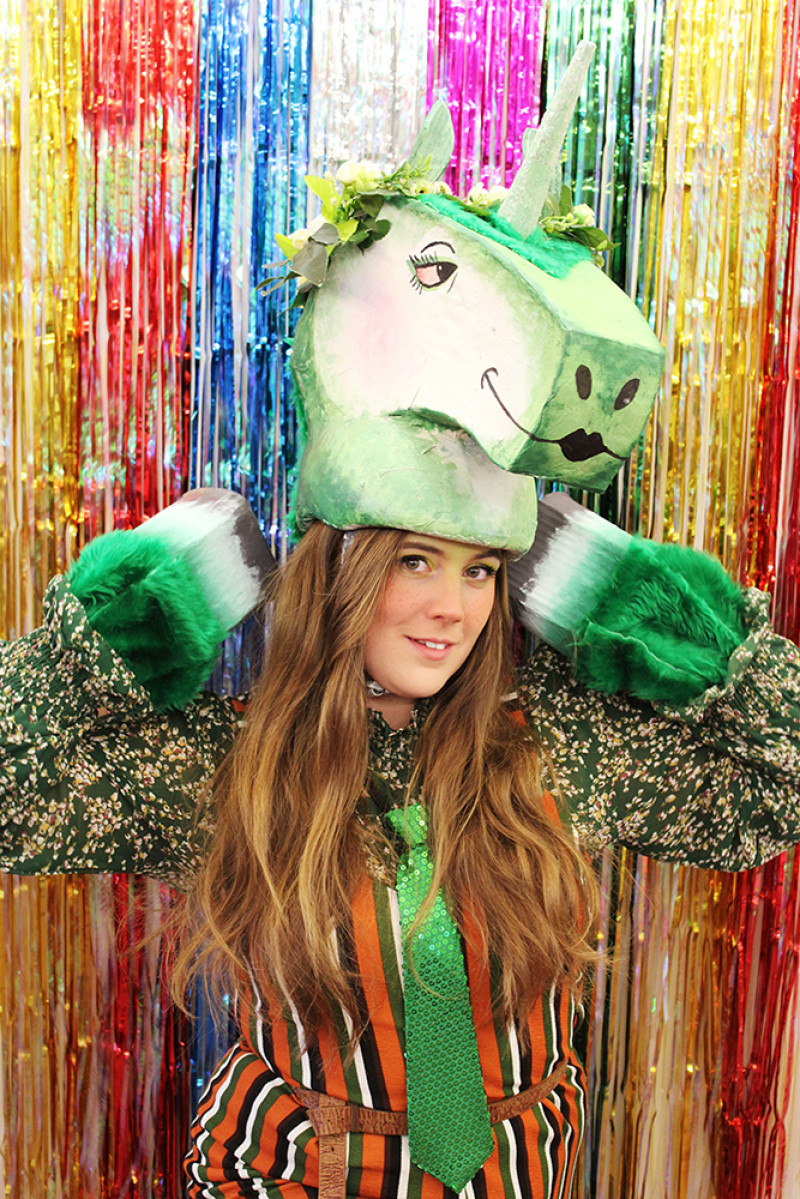 Fab Beasts is a clever two-part show, featuring a beautifully crafted mythical world within which to address social issues through playful allegory. Act one details the plight of five elitist unicorn property managers jostling for the privilege of a place on Noah’s ark. Act two follows Detective (Loch) Ness (Katie Boyle) and her struggle to break through the glass ceiling.

The cast and crew make great use of their space by using ‘the magic of theatre’ to their advantage. They do not hide the set transitions, incorporating the set and its quirks into the storyline and often breaking the fourth wall. A large blue sheet is used for rising water levels in act one, making the audience feel as though they too are floundering. Musical interludes make for seamless transitions between stories and allow for the construction of Detective Ness’ imposing costume. David Conroy’s lighting design is instrumental in setting the tones of the show: natural during moments of comedic relief, red and hot in moments of tension. Costume plays a key role in making the imaginary world real. The complexity of the mythical characters’ costumes alongside the transitional and minimalistic set brilliantly work together to underscore the irony of social issues such as the housing crisis, gender inequality, and racial privilege. If the show’s world and characters are imaginary, could our world’s inequalities be a social construct and thus dismantled as well?

The world of Fab Beasts is tangible and authentic, despite or perhaps because of its fantastical protagonists. The actors make their characters believable, relatable, and inherently human. Though flawed and often whimsical, the protagonists navigate a mythical world similar to our own, and blossom into something genuine, sincere, and not unlike ourselves. Alongside its mythical setting, the borderline absurdism of the show underscores the irrationality of many social issues, rendering them farcical and calling into question often illusory problems created in our own (not so) mythical world.