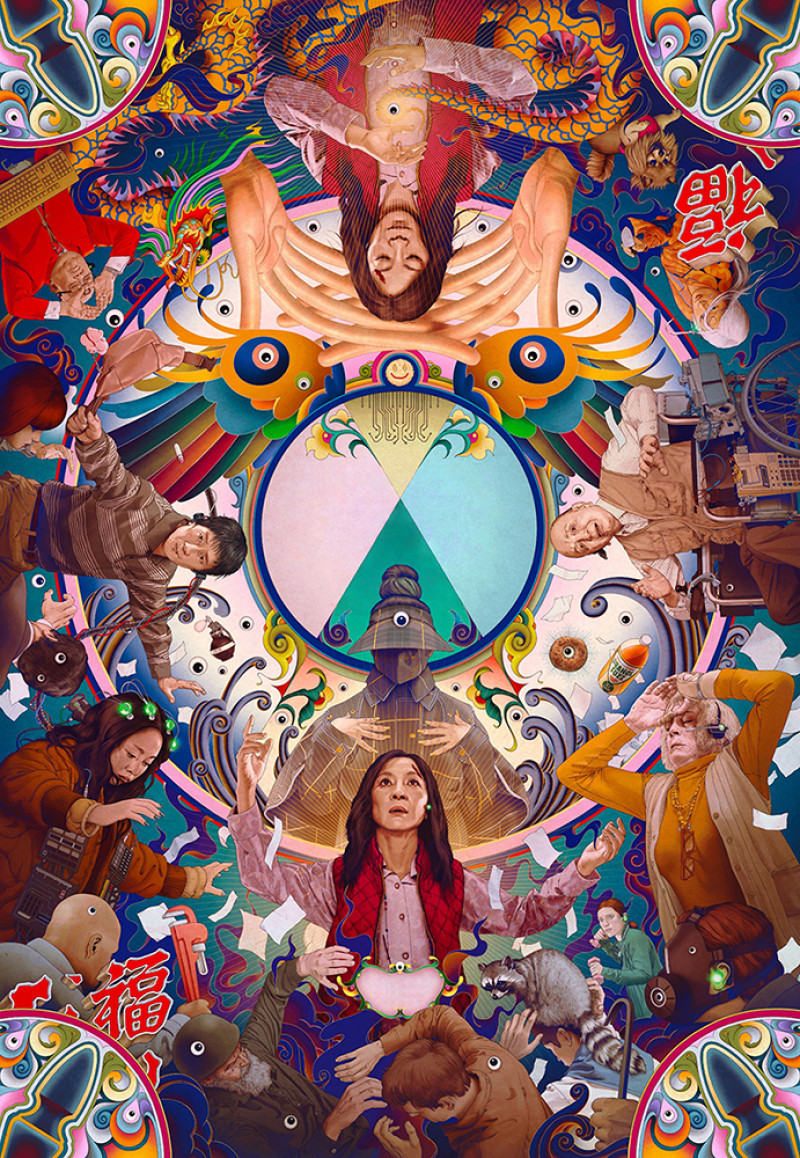 Everything Everywhere All at Once

Anyone heading to see Daniel Kwan and Daniel Scheinert’s new sci-fi comedy adventure Everything Everywhere All at Once should be prepared to walk away with their head spinning, their eyes sore, and their mind questioning everything they just witnessed. In other words, this film is utter madness! However, although I often found myself lost down its endless rabbit hole Everything Everywhere All at Once is also extremely original, funny, well acted, and a fun ride from start to finish.

Feeling as if she didn’t accomplish any of her dreams, an ageing Chinese immigrant (Michelle Yeoh) is trying to pay her mountain of taxes when she is suddenly swept into an insane adventure by her husband from another universe (Ke Huy Quan). She alone can save the world by exploring other universes, fighting bizarre dangers, and connecting with the lives she could have led.

Led by Yeoh’s outstanding performance, the acting throughout was a highlight. You truly feel that her character, Evelyn Wang, is just as confused as you when the adventure begins. This is supported by some fantastic interplay with the other cast members, great editing, and a well-written script. It is also hilarious, and although I don’t want to spoil the fun, you won’t ever look at a hotdog or bagel the same. This original movie is also touching, with overarching themes that many of us can really relate to.

Everything Everywhere All at Once loses points for its drawn-out ending and sometimes hard-to-follow storyline. Running for almost two and a half hours, it feels as if the film is coming to a close for the last hour and I often didn’t really get what was happening, who was bad, or even who it was following. However, in a film like this I think it’s best just to roll with it.

Like nothing I have ever seen before, Everything Everywhere All at Once is a bit like a roller-coaster. Make sure you’re hydrated and well feed, strap in, and prepare for an insane ride where by the end you’re not quite sure if you want to hop straight back on, or if you never want to see a roller-coaster again.