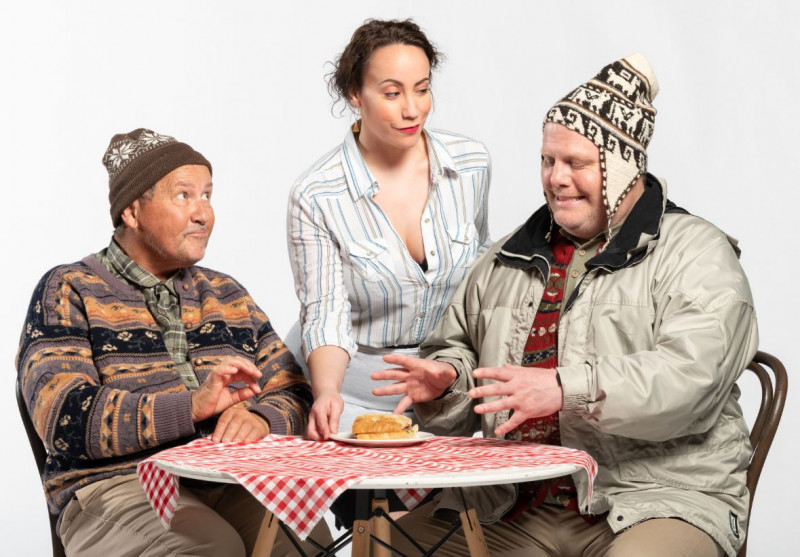 Elling (Jeff Kingsford-Brown) is an anxious, tic-ridden, satchel-clutching mummy’s boy who has spent an undefined period of his life in a mental institution. His new roommate is the bold, sex-obsessed but virginal Kjell Bjarne (Gavin Rutherford) who takes a dubious approach to personal hygiene. Despite being chalk and cheese, they soon form a strong and empathetic bond such that, when the time comes, they are transferred to an Oslo apartment with the intention that they transition together into the ‘real’ world.

It’s clear from the get-go whose side we’re meant to be on. The health system representatives are hard and uncompromising while Elling and Kjell are sweet and self-aware, so we laugh with them, not at them. And there are laughs aplenty as they bumble through their new reality and the threat of returning to state care if they don’t adjust.

Initially, they retreat into themselves when faced with simple tasks, such as answering the phone or shopping. Then their self-isolated co-dependence is abruptly challenged by the arrival in their lives of heavily pregnant neighbour Reidun (Bronwyn Turei) and veteran poet Alfons (Steven Ray).

Kingsford-Brown and Rutherford give masterful performances in the main roles with nuanced physical and vocal characterisations that render Elling and Kjell as always sympathetic and never ridiculous. We’re drawn into their struggles and want them to triumph.

Turei, Ray, and William Kircher provide expert coverage of the personalities who surround Elling and Kjell. A highlight is Turei and Kircher’s turn as painfully pretentious underground poets at an open mic night.

While the chunky knits of the costume design (Sheila Horton) place us firmly in Norway, this story is universal. It’s charming, gently funny, and life-affirming; a wonderful antidote to the winter blues.